The five Australians that travelled with us from Cartagena just left the boat here in Portobelo after spending a full week with us. The trip between the two countries normally takes 5 days but we decided to make the trip a bit longer this time. 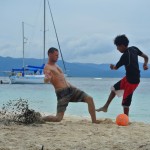 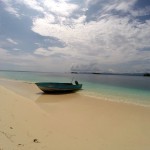 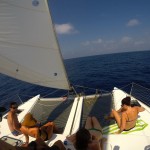 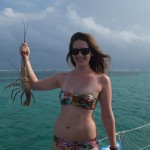 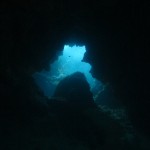 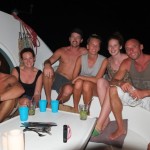 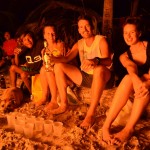 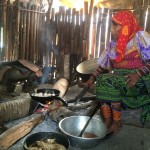 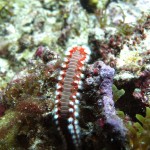 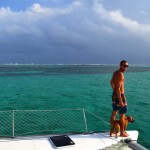 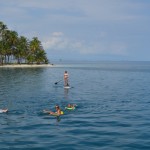 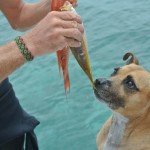 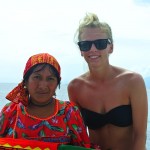 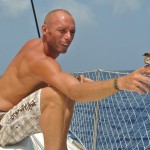 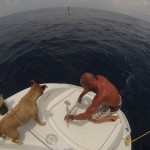 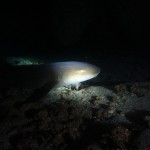 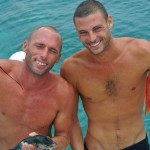 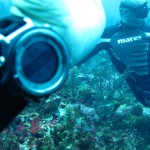 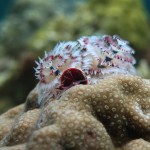 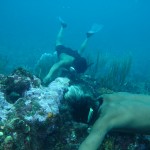 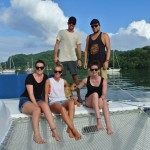 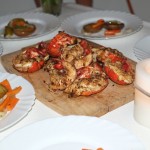 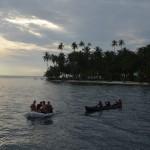 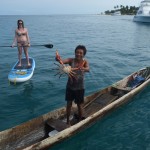 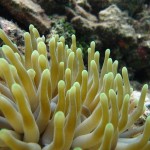 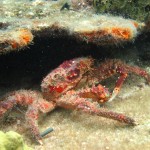 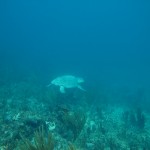 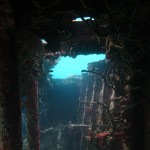 We had a lot of rain and the winds have been blowing straight against us all the time. Regardless of this we managed to have one of the best trips ever. The crew has been wonderful and their positive approach to EVERYTHING made the rain look like sunshine.

During the slow passage we got our self two tasty “Bonitos” (a type of small tuna), Davide made us a couple of impressive sushi-dishes for lunch of one of them and the second one we had for dinner.

Day one in San Blas

Our first stop close to the Barbeque Island almost turned into a day at sea-world aquarium. During a visit to a underwater-cave nearby we saw at least 4 nurse-sharks, 3 reef sharks, spotted eagle ray´s, sting-ray´s and much more. Later on that same night Davide even hand-fed a nurse-shark from the boat.

On our last trip to Coco Bandera Cays we became friends with three young Kuna Indians that just moved to one of the islands. To make some money they go out hunting for lobsters and crabs that they sell to cruisers like us. Davide, Nick, Adam and I got invited to tag along on one of this “Kuna-working-day´s”.  We got all very impressed by the Kunas, it´s a really hard work to skin dive repeatedly down to 12 meters of depth to search for the small tasty creatures.

Later on the same night we got invited to a Kuna gathering on the beach with bonfire and Rum..

After a slow but relaxing sailing to Lemon Cays the crew went ashore to one of the only islands with a small bar on it. The much bigger boat Independence was on anchor just behind Isla Elephant so the bar was full of people.

As soon as they reached the beach they could see fresh-hatched baby turtles trying to find their way down in the water- pretty cool!

We started of with a three hours snorkeling/fishing tour around the Islands. We managed to catch one barracuda and a pretty big Mud Snapper that we had for lunch. Davide and me had an awesome moment when we skin dived down to 18 meters and managed to stay there for a whole minute before we went back to the surface.

Before we started our final sail towards Portobelo we stopped at Isla Pero where the guys snorkelled on an old shipwreck.

This trip was awesome and I wish them all the best in the future.