Even though we had almost ZERO wind we decided to leave Panama City for Isla Perla late Thursday night. I think we  were all pretty tired of both people and mainland Panama so a 12 hour sailing felt like a good deal. 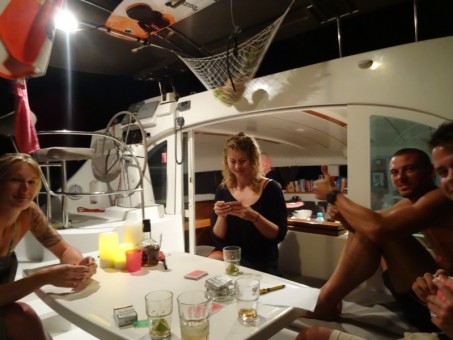 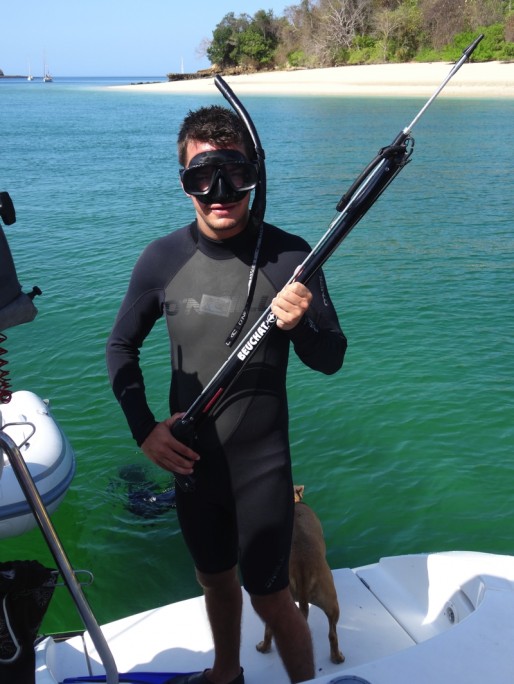 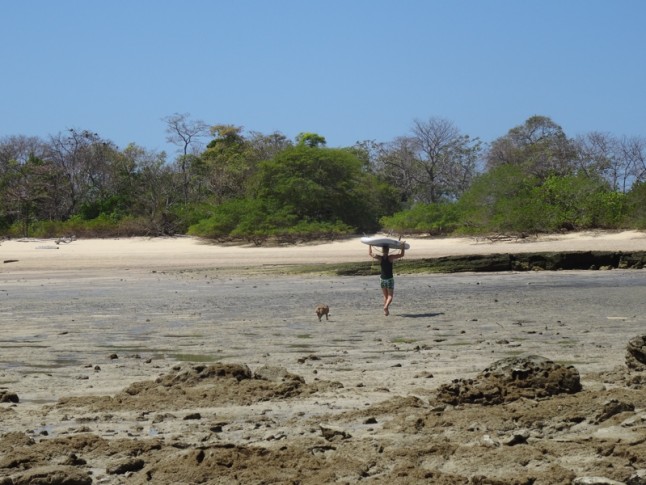 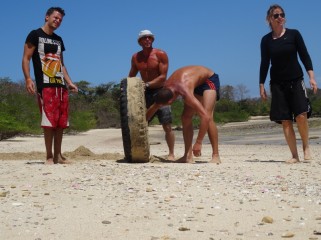 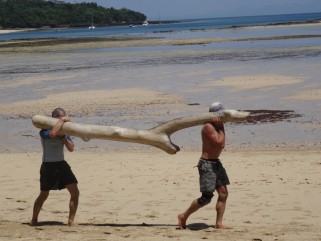 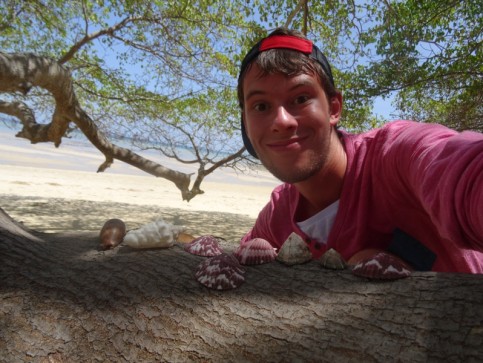 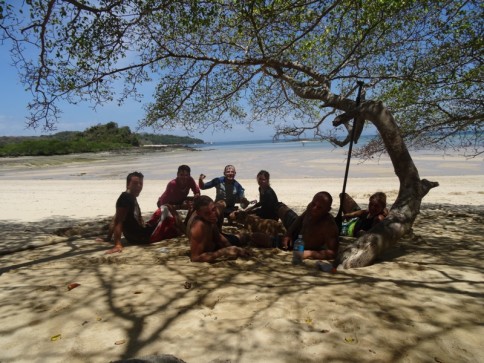 After workout in Isla Perle 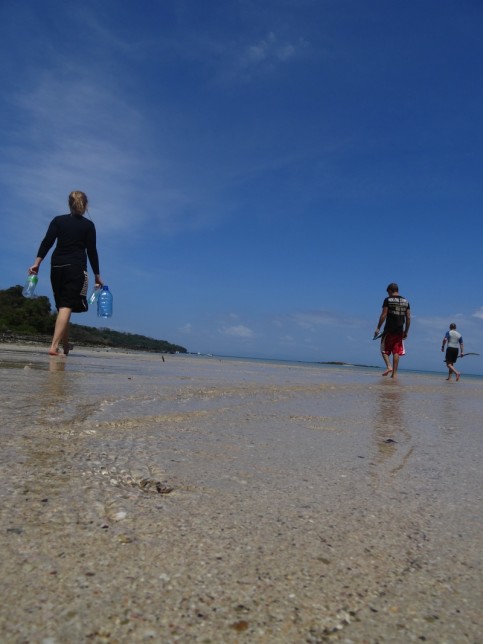 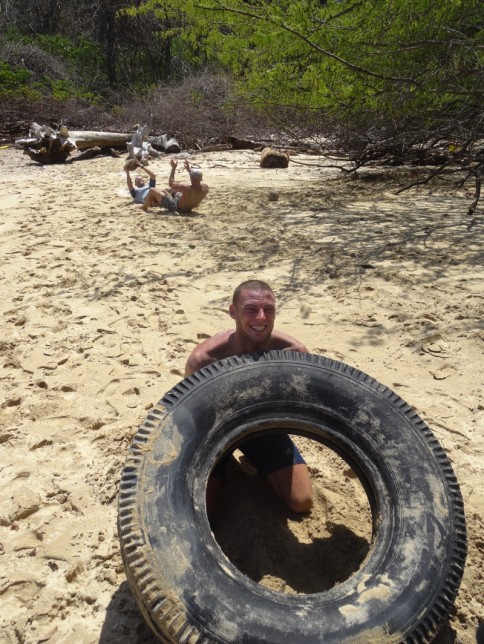 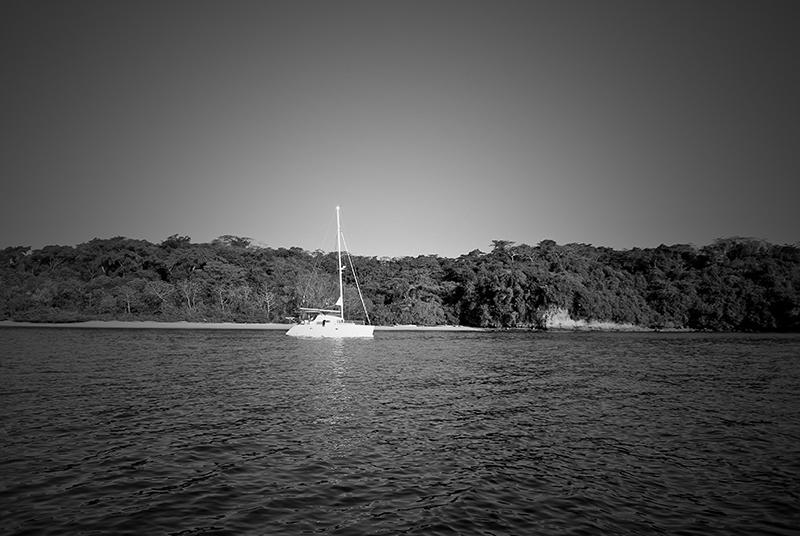 The new “no-clue” crew had their first night-watch and I must say I am impressed with how much they understod and remembered after my very short night-watch-briefing.

Around two a clock the dolphins showed up by the boat at the same time we were sailing trough an area with ALOT of bio-luminesence plankton. This is one of the most beautiful scenes you can see- it looked like gold-glowing- ghosts swimming around in the dark water around the boat- AMAZING!

The water here at Isla Perle is really milky and it offers poor visibility. The guys did try out there new spear guns even though it was almost impossible to see 30 cm in front of you. This time they didn’t get anything but I am sure they will in the future.

Ever since Victor arrived we have been training (100% eating dirt- exercises) hard together on an almost daily basis! According to our on-board drill sergeant; water is weakness on bottle and weak people will die first- now you have a picture of the guy! Victor is actually seriously nice- he just takes the physical training really serious!

The “eating-dirt-training-pictures!” are from todays training session on the island Mogo Mogo were we slept yesterday night. A funny detail about this Island is that they say that the American reality TV- serie The survivor was recorded over here! Also just a couple of meters behind the tree line we found wild lemons growing which became a good complement to our fruit supply!

At the moment we are on anchor right outside Isla Contador which is one of the main island within Isla Perla.