It took us 48 hours to get here from Rangiroa. Yes we did 142 nm in 2 days, must be some kind of record in being slow. 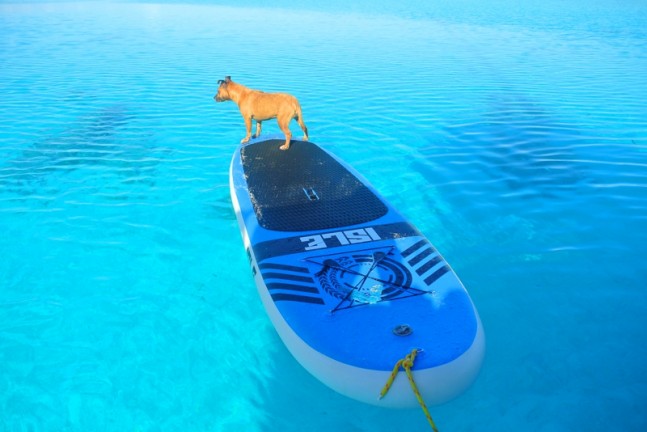 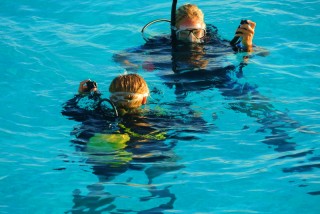 Katrin teaching Helena how to dive 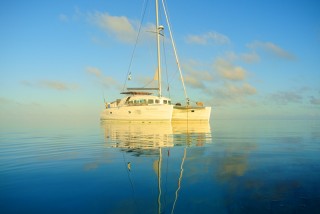 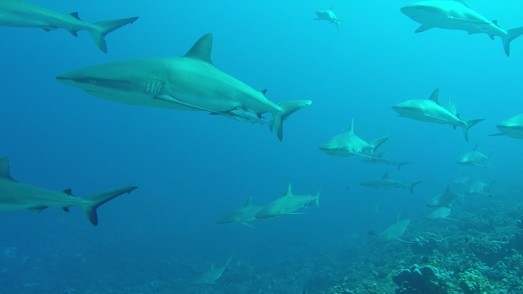 Sharks swimming against the current 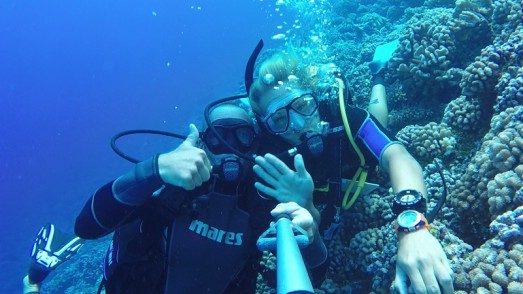 Katrin & Daniel diving in the pass 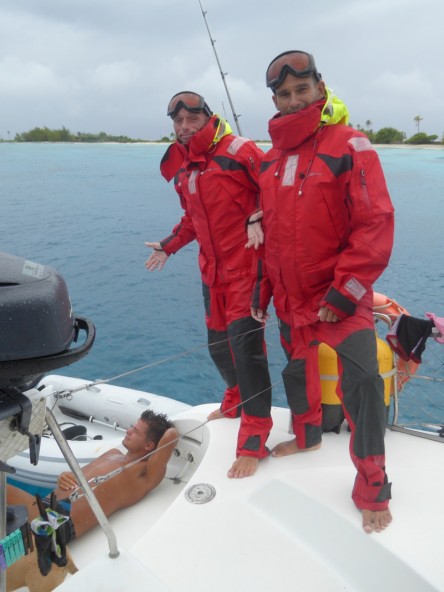 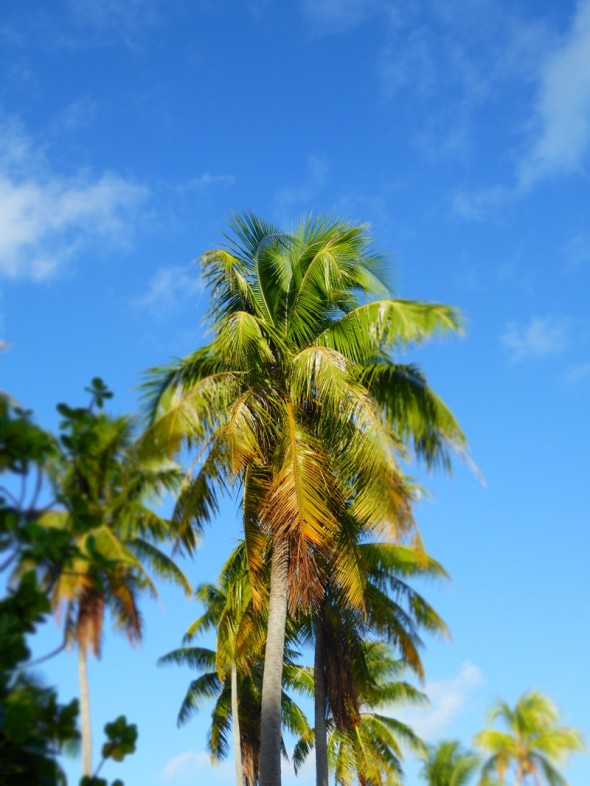 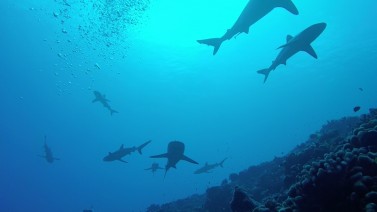 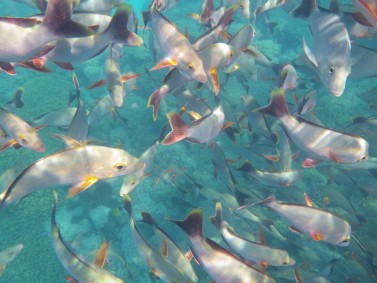 Well- a lot of fish 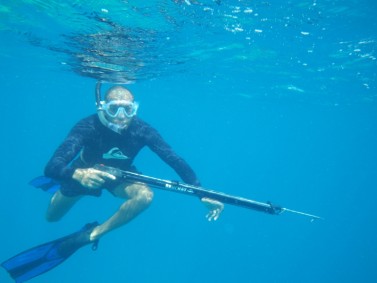 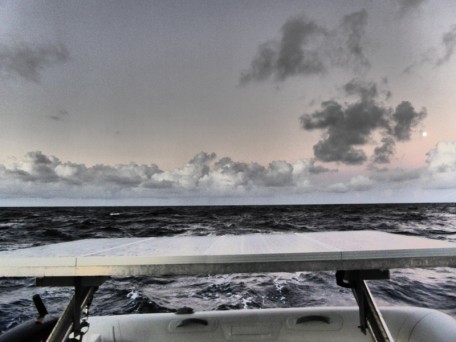 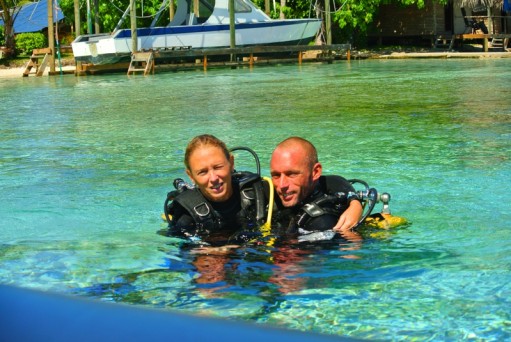 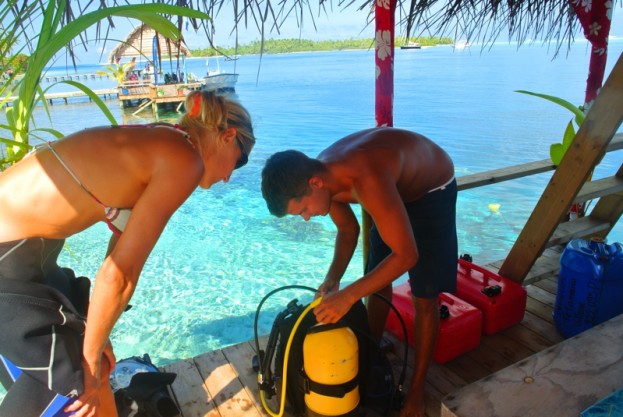 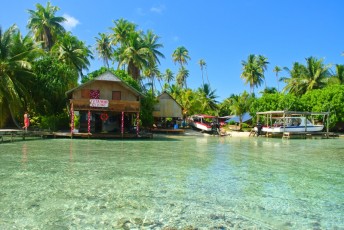 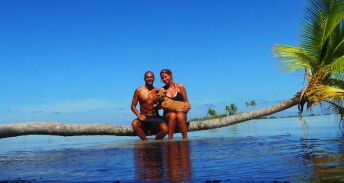 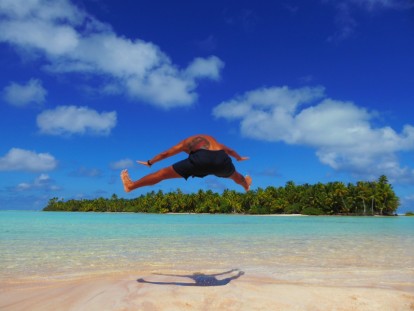 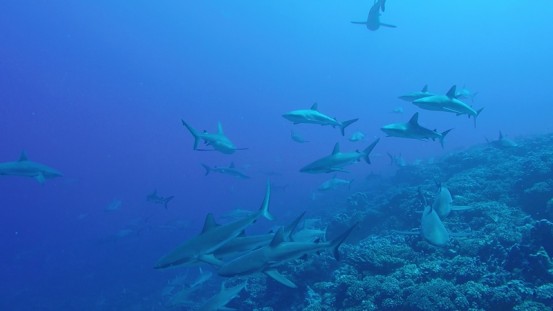 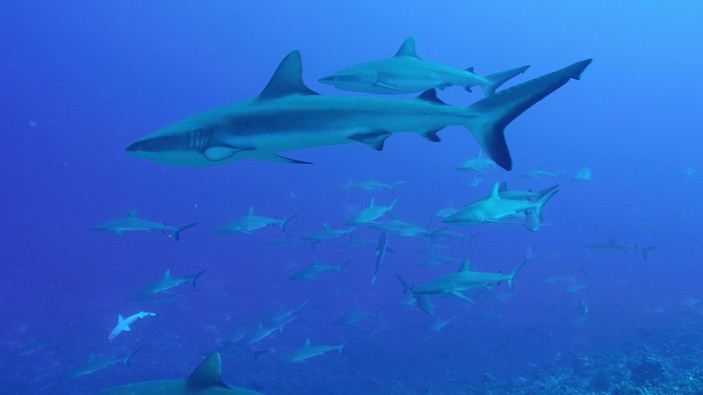 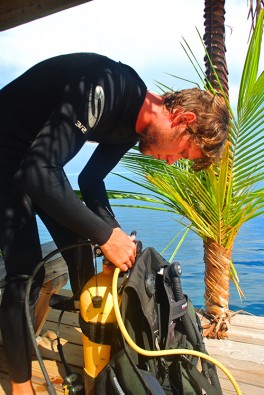 Nico preparing his equipment before a dive

To enter and exit Rangiroa was dodgy and everyone was a bit nerves but we did just fine. We went in and out with the current. To enter Fakarava was a total different thing. Once again we went in with the current, high tide and we got an extra kick of 3knots. Here we had a wide opening no waves and no reef nearby and everyone in the crew was still sleeping through the passage except for me Daniel and Katrin.

We were really in need of Internet and it seamed hard to get until Daniel met the really nice owner of Havaiki Pearl Guesthouse and he said we could just drop anchor outside his resort and use his wifi. Thank you very much! We also spend some time in the hobby room playing some ping-pong J

You need to be careful with some of the fish in this area so that you don’t get ciguatera. We asked some locals and they said that you should be really careful with what you catch and eat. Then we met a really nice bartender at Havaiki and he had a fish identification card and he said that he could point out all the fishes that is okay to eat. He starts and we are taking notes. When he is done Daniel asks:

-But what about this fish, the black one with blue dots?

– No this one is no good you should not eat this one!

Tetamanu is the name of the UNESCO marked place by the Tumakohua pass (southern pass) and if you want to swim with sharks this is the spot! It’s not to recommend to spear fish in this area. Daniel was really surprised when the shark took his catch straight from the arrow and then went for him for more. It was not only him he brought his 15 buddies as well…

We were diving in the pass 3 days in a row and it was amazing. Both Victor and Helena did their first dive ever over here! Victor that is a “hardcore dude” went down with Daniel into the “shark-pass”. He did really well and he should be proud over this spectacular “first dive”! Katrin took care of Helena and gave her a “first-time-experience” under the boat.

Vera is by far the crew-member that appreciates the sharks most. She can sit and stare at them for hours but when they get to close she start to growl. I love this dog but sometimes she scares me a bit, especially when you find here all by herself on the SUP (stand up paddle board) that’s tide up behind the boat. I mean I understand she gets a closer look on the sharks from there but from my prospective it’s not safe.

Also what’s not safe is to go 7 people in a dingy in darkness in an area with coral heads all over with a really strong current. That’s what we did to go for a dinner in Tetamanu Village resort. Lets not talk about this more than that we made it and that we will never do it again.