Hiding in the Mangrove – incoming cyclone….

Our almost 1000nm journey from New Zealand to New Caledonia could not have been better.  We had a rather low average speed of 5.5 knots with the help of our light wind gennaker sail, which made  the trip extremely comfortable. 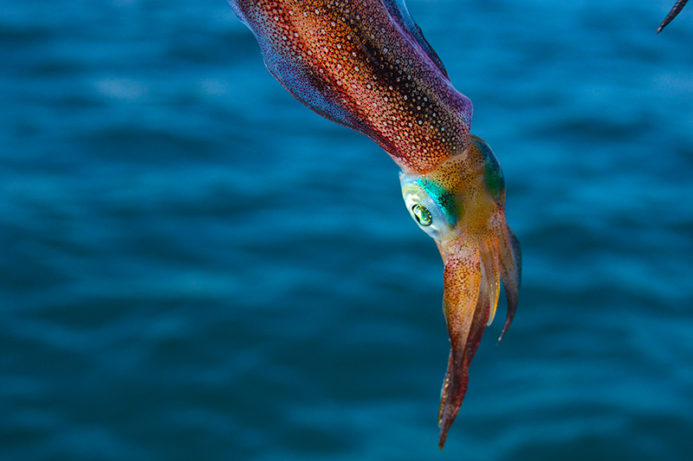 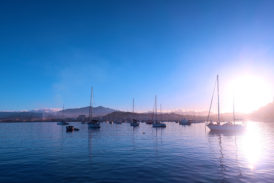 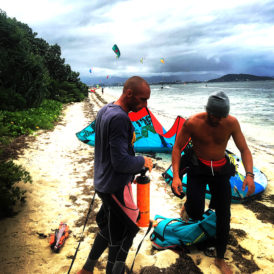 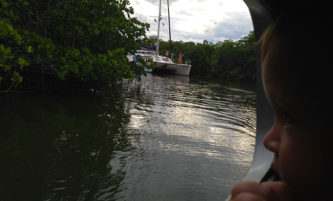 Atlas and Bay Dreamer hiding in the mangroves 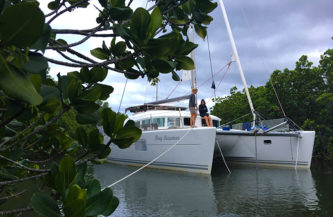 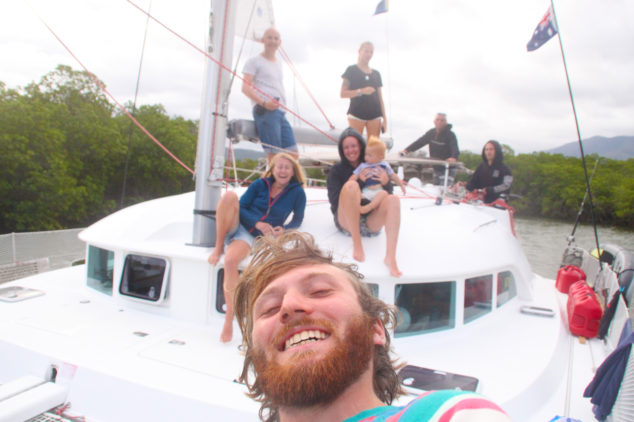 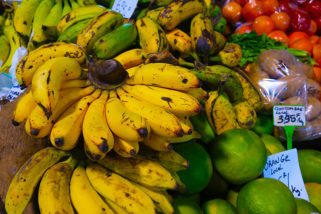 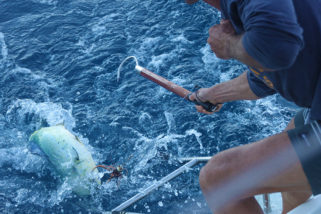 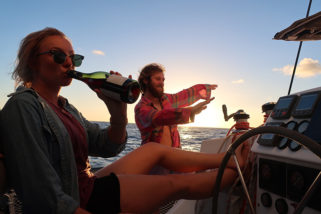 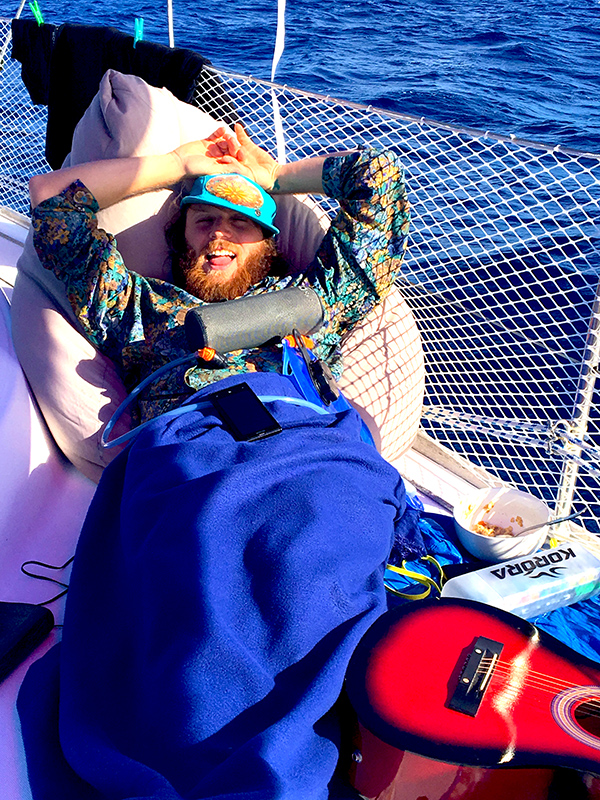 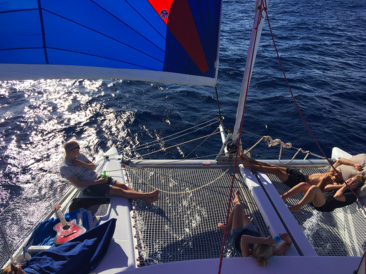 On route to Noumea 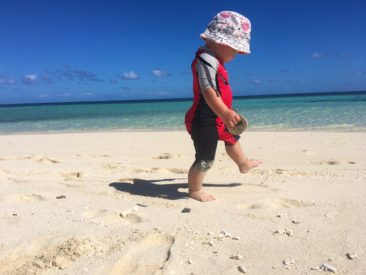 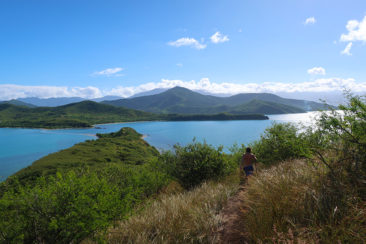 Dan on one of his hikes! 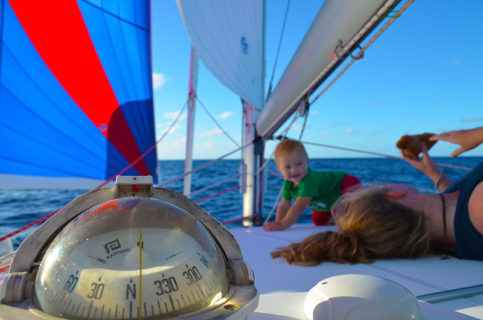 What bearing are we??? 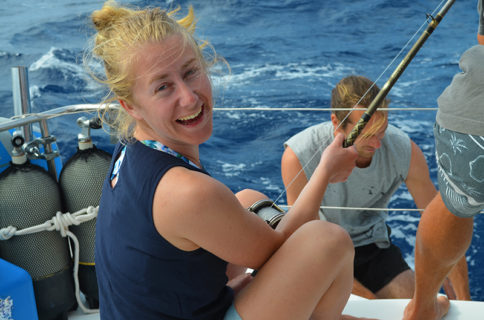 First fish for Ylva on this trip!

We got ourselves a few of fish on the way so that our new crew could have their first taste of the Pacific “kitchen”, about 100 nm north of New Zealand.  We did encounter a day of strong winds along our journey when we passed through a low pressure system. But the wind stayed on our stern and Bay Dreamer with crew were behaving good in the big waves.

As of this moment we have been in New Caledonia for a bit more than a week. The original plan was to leave for Vanuatu after just a couple of days, but a serious weather system is holding us hostages for another couple of days. 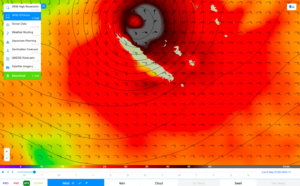 A cyclone named Donna is incoming and we just dropped anchor in the middle of a mangrove 5 nm up a river, west of Noumea. After 2 hours of navigation up the shallow, but extremely beautiful river, we are now tied up like we are in a spiderweb in the middle of the bush, together with our friends on the boats Atlas and Moana. 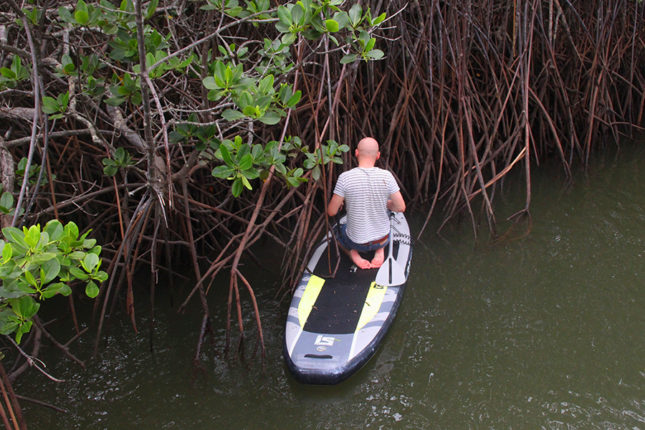 Victor securing the ropes in the mangrove 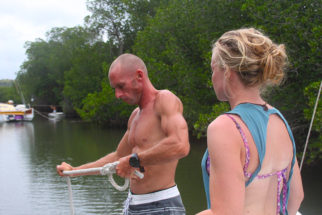 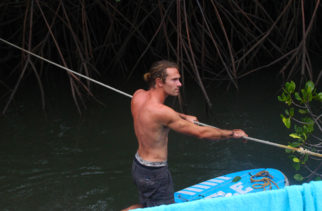 Will on rope duty 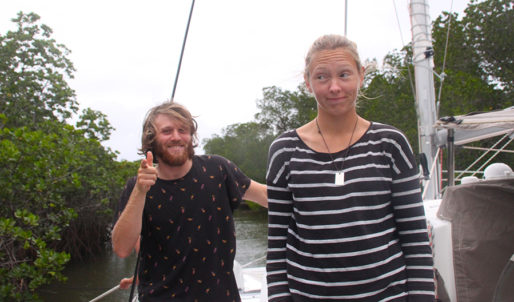 Anna & Dan getting ready to rumble 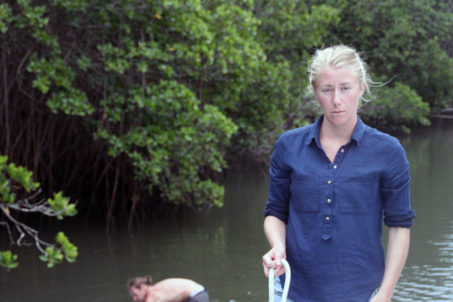 Hiding in the mangrove 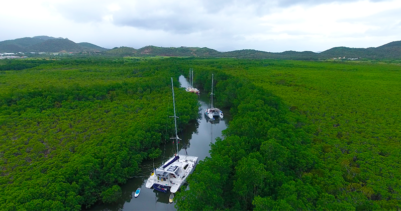 4 miles up the river