We did stop at several islands before we found this amazing Island called Isla Pedro Gonzales. This favourite island of ours is one of the most westerly islands you will find in the Isla Perlas. As always beauty and greatness is a complicated matter. We had no idea this Island was semi private before we beached our dinghy for the first time. 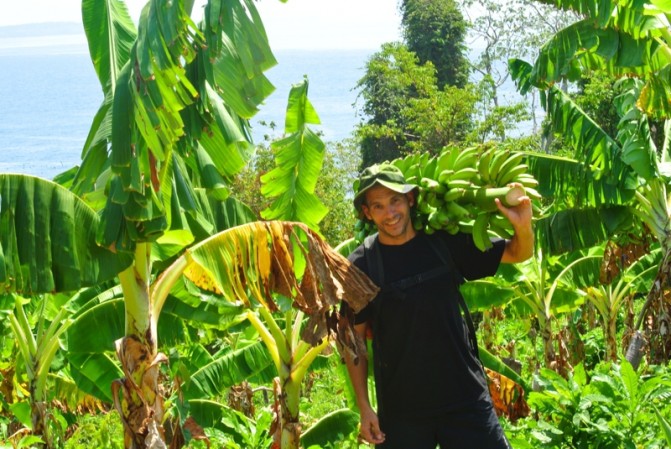 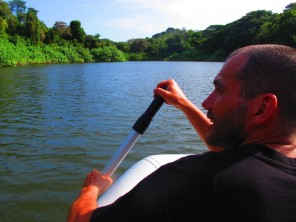 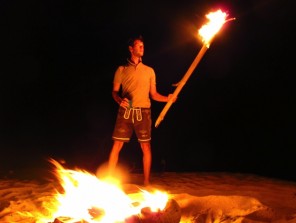 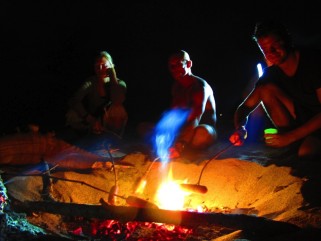 Gathering around the bonfire 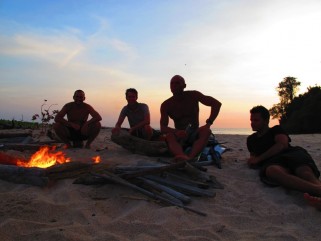 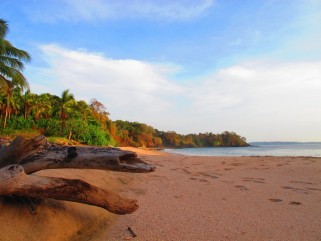 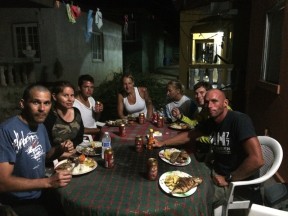 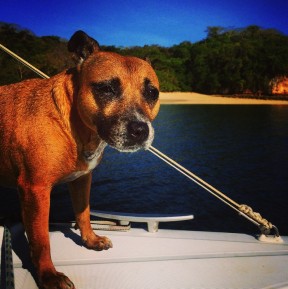 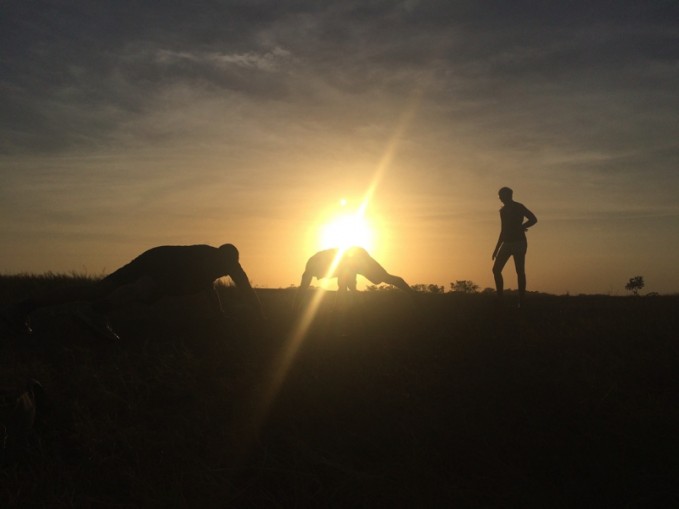 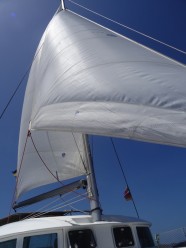 Victor with friends in Isla Perle 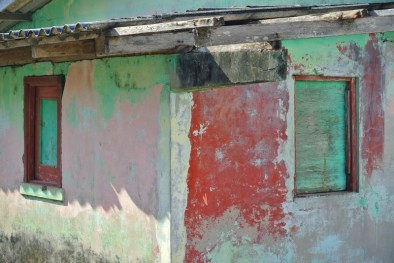 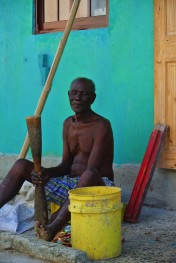 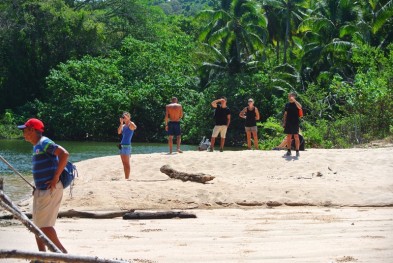 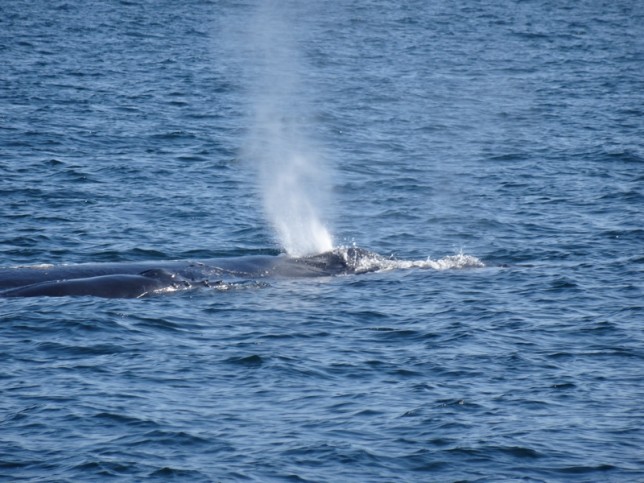 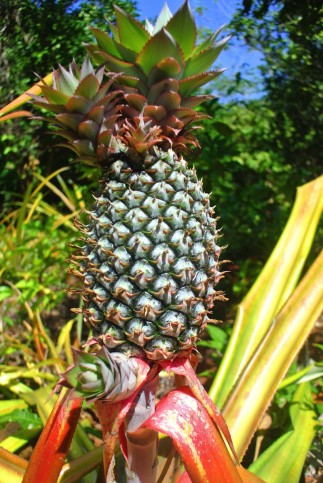 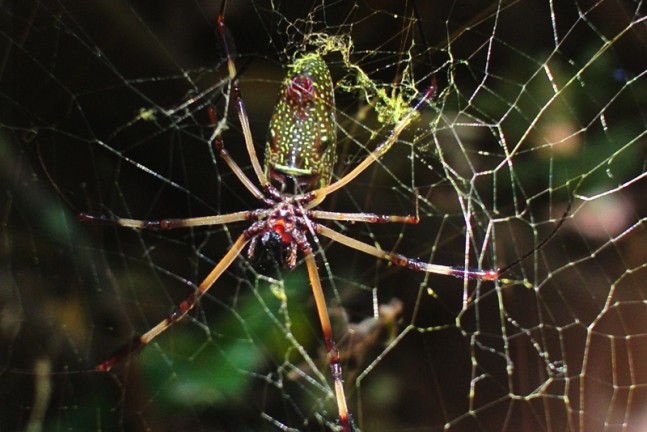 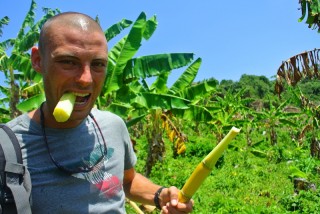 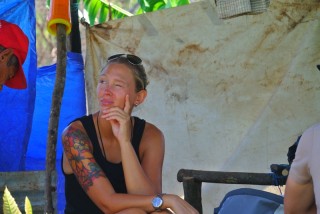 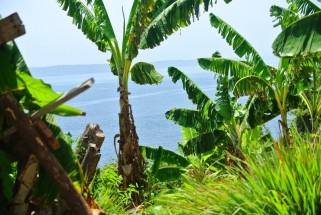 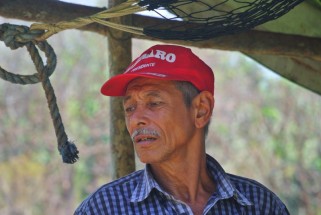 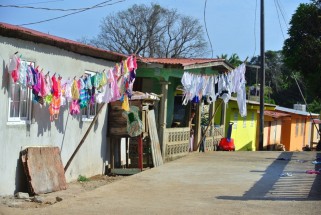 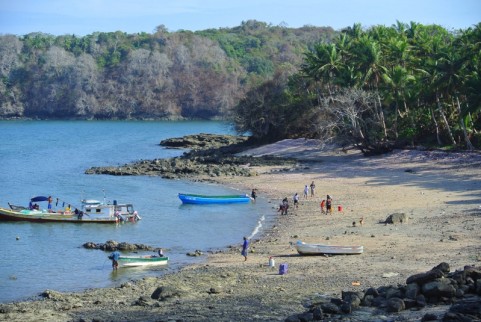 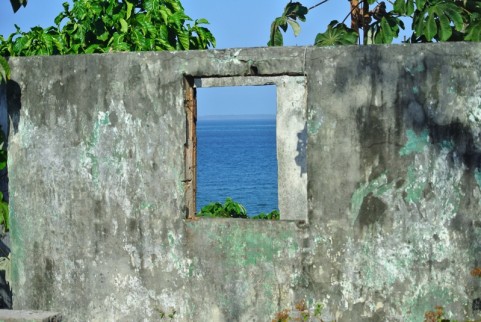 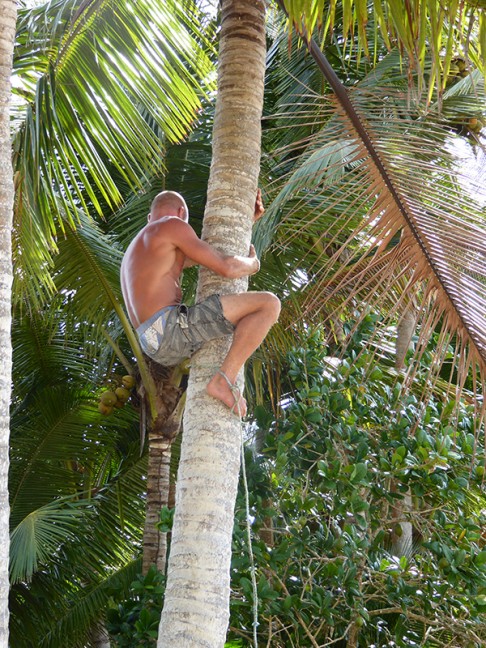 We got stopped!!! It took the local private security company around 3 minutes to find us, one minute to tell the guys in a pretty harsh way that this was a private island and 2 minutes to drive them back to the dinghy.

We moved Bay Dreamer just around the corner to the only none-private area on the Island (according to the security guard), the main village on the Island. All the people in the village was super nice and you felt truly welcomed- even the local police/military were smiling at us.

This is were we met “Filin”, a local smiling man in his 60´s that after a short chat became our local guide. Filin told us the story about this “private island thing” and from what we could understand a rich guy dressed in a pink shirt bought a huge bit of the island not long ago and is acting as a “ass-whole” ever sense. I don’t wanna bore you with our analysis about the Island situation but we got the feeling this guy (the pink shirt) is trying to make life as miserably as possible for the locals so that they will sell what is left of the island to him.

Our guide Felin took us all trough the jungle up to his own small farm where he was growing fruits and vegetables . You could really see that he loved the place and his face was almost shining when he told us about the place and everything that was growing there. I say farm but don’t picture your self a European farm with big fields and animals walking around, it was more like a “jungle-growing ground”.

He let us stock the boat with fresh fruit and vegetables before we headed back to the village were Feline´s one handed mum prepared us a dinner.

During the jungle track to his farm he told us about a lagoon inside the jungle where you could find crocodiles. I almost thought this was a harmless trick to get us out in the jungle together with him again but MAN I am so happy we did just that.

After an hour walk though the jungle + some hassling with the “private-security” we arrived to this “Jurassic Park look a like” lake placed just a couple of meters from a fantasy beach surrounded by the jungle. This place was perfect in every way, all ingredients was there for a perfect night out; remote- beautiful – dangerous and exciting!!

Said and done- as soon as we came back after our trecking we moved Bay Dreamer around the corner and dropped anchor right outside this amazing beach and it did not take long until Davide and Victor made us a bonfire 3 meters from the crocodile lake! One of the big discussing – subjects that night was off course the crocodiles. Will they attack us? Can we eat them? How do you kill a 300 kilogram crocodile? Will they eat us? – well I think you get it!!! Low-level-in-the jungle-around the bon fire talking subjects in it´s prime!!

So- did we see any crocodiles? YES we did– many actually but they kept a 50 meters safe distance from us and our fire! These crocodiles were really big guys- a unprofessional guess would that some of them were around 4 meters long and could probably swallow us whole if he or she wanted to!!

So were will you find this super super crocodile lake/ beach? Well I will not make life to easy for you and just give you the position straight away.  You will have to go to the one and only village of the island and ask for Felin, give him a present and ask him to take you there!!!