After a jam packed week of activities in the Solomon Islands, we headed to Papua New Guinea, our final stop before arriving in Australia. Again, we had heard many tales/nightmares of sailing here and had considered skipping PNG all together. Similarly to how you shouldn’t google your symptoms of a sniffly nose and a phlegmy throat as google will inform you you have two weeks to live, we too should really stop googling sailing horror stories. 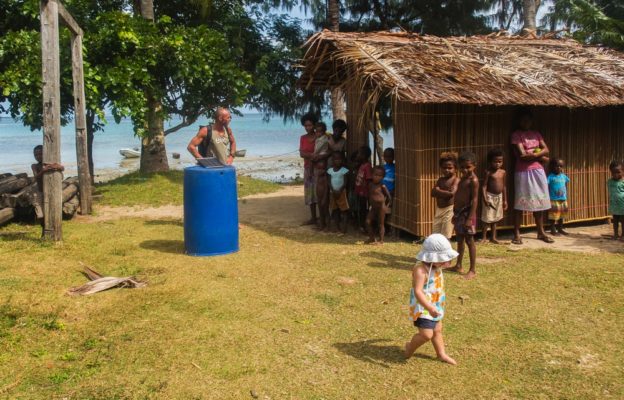 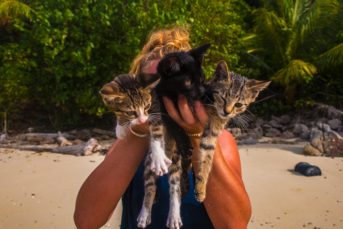 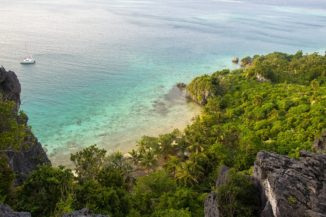 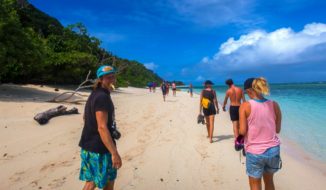 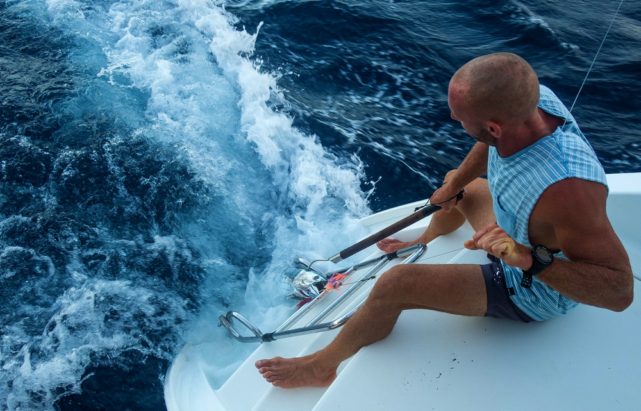 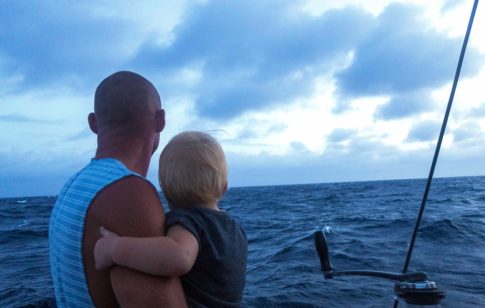 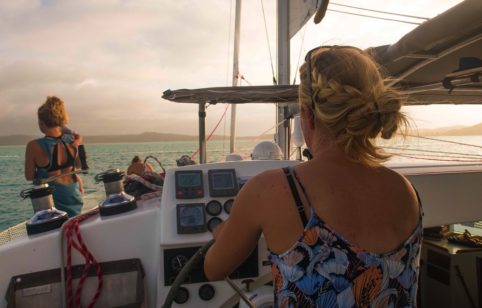 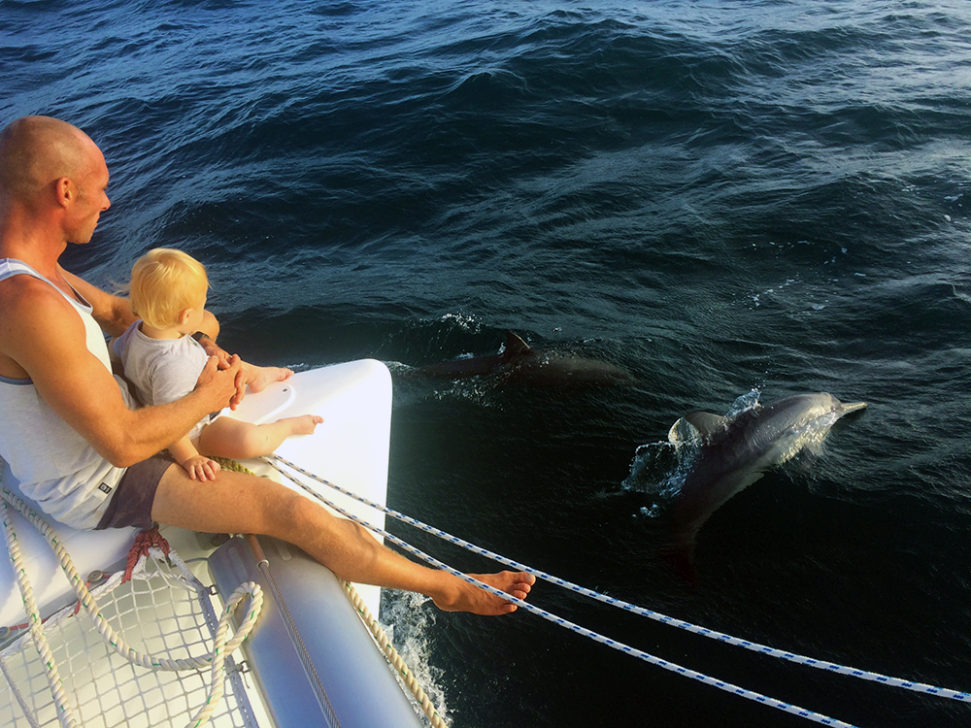 Against the odds of Google, we were proved wrong once again, with the Louisiade Islands of PNG becoming an unexpected highlight of the trip.

We made three stops for our few days we had here, our first being in a small village. Whilst ashore, we spent time with some locals who were warm, welcoming and very friendly. However, Olivia didn’t seem to agree with the rest of the crew on this one and wasn’t too happy giving away one of her toys to some local children (although she doesn’t have a problem with tossing multiple toys overboard into the ocean like unwanted fish carcasses). A hasty escape was made after Olivia’s fury with the sacrifice of her toy and we sailed on.

We had an eventful next few days completing your usual day to day activities including going on medical missions to pry fish hooks from locals boys hands, designing draft engineering plans to feed three seemingly abandoned island kittens and on human skull hunts- you know just the average. Although we didn’t manage to track down the human skulls, we were treated to a trek and swim in a spectacular limestone cave along with the crew from Atlas.

Fish hook wounds patched, kittens safe and fed, we began our next leg to Thursday Island, Australia, where we were in desperate need of a food resupply. For five days, two meals a day, we had been eating a variety of rice, fresh fish and soy- and how we despised it. 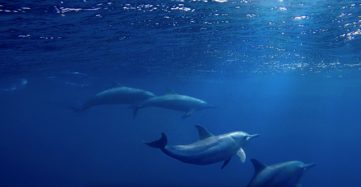 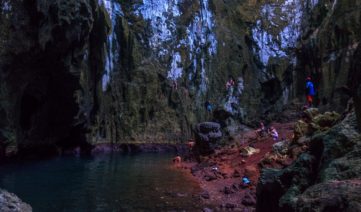 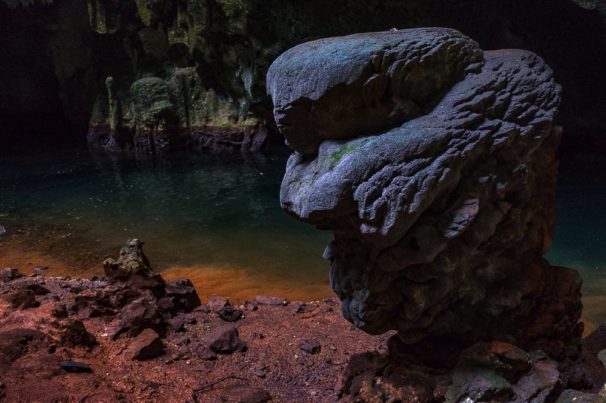 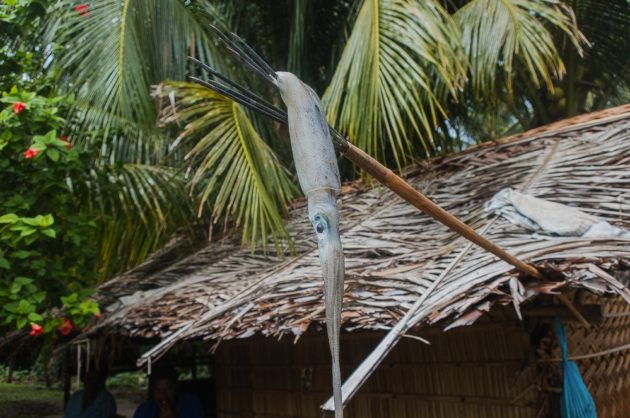 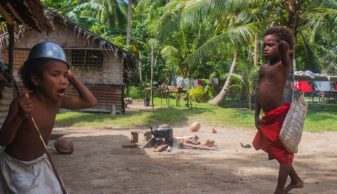 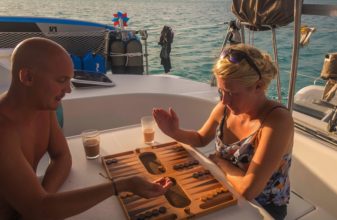 Thursday Island on a Friday

Upon arriving to Thursday Island, man, woman and child were kicked aside like dog shit on the pavement in the urgent search for a pub and/or supermarket- with the aim of purchasing anything and everything with a higher sugar and fat content any of us could count. Wild eyes and dribbling tongues, we stuffed our bellies and then every bag, pocket and shoe with beers, steaks and candies unseen and unimaginable.

Our first impressions of Australia have so far lived up to the expectation of all stereotypes involving the country. With encounters of 4m long crocodiles paddling silently a pools length from where we were swimming and snakes 50 nautical miles offshore slithering along the surface full speed toward the boat – we were not disappointed.

Our crossing to Darwin proved challenging and it felt like we were crossing the Pacific, turning around and going right back over again. We lost a fishing rod to a monster of the deep the first day, three of Olivia’s toys the next and slowly, one by one, we began to lose our minds. Will has learnt every knot in the knot bible and is now working on writing a thesis, Ylva is going through withdrawals following her sugar high, Gabbie giggled hysterically at the slightest remark and Victor, Dan and Will were carefully manscaping their new moustaches after a pact was made that can only be broken in Darwin.

Our downward spiral into insanity can probably be pin pointed to the 3245th time we had a karaoke dance party to ‘Let it Go’ from Disney’s Frozen- Olivia’s new favourite movie.

// The medical doctors, kitten saviour engineers, crocodile hunters and back up singers/dancers of Bay Dreamer.