Hiking the skyline of Bora Bora

Every person Danny asked about the mountain track told him the same. „Don’t go up there alone!! You will die, you will get hurt, you will loose your way, its forbidden, the last group needed to be rescued by helicopter… Just DONT GO ALONE!“ 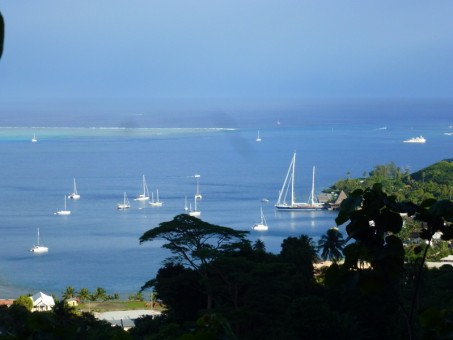 The view over the bay 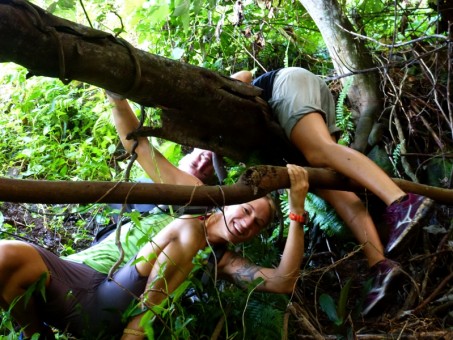 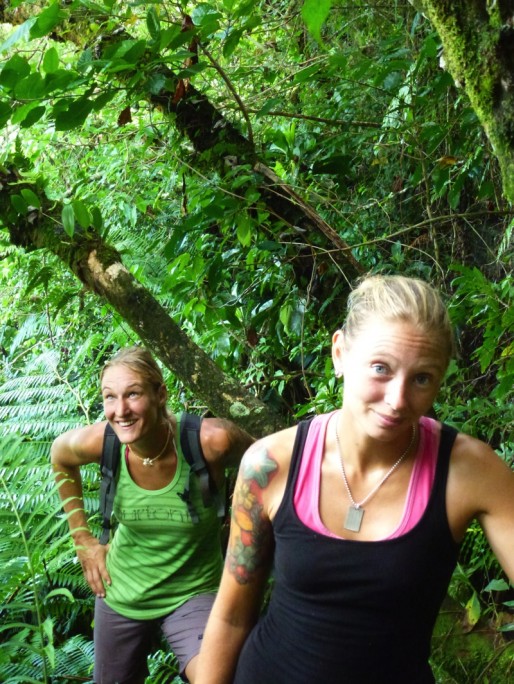 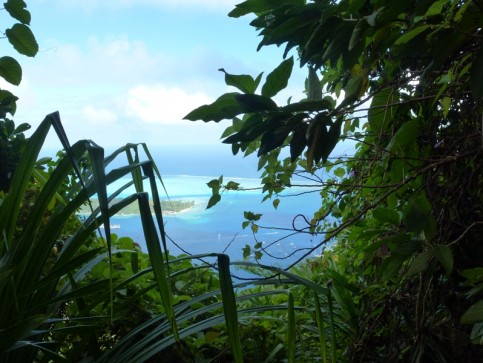 Another view from the mountain 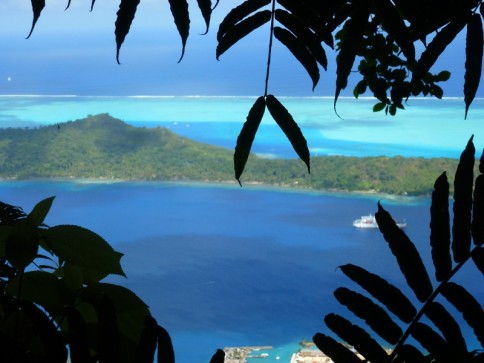 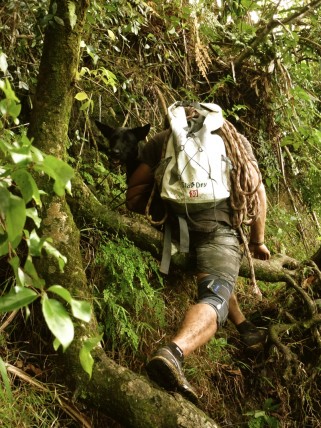 Danny climbing down with Zorro 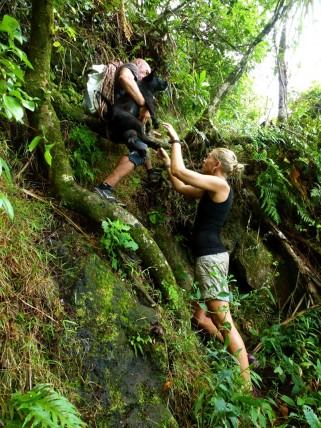 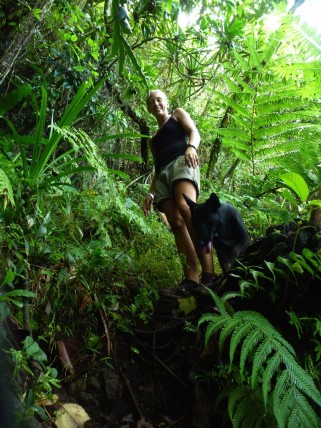 Ok… so the two of us decided NOT to go alone, Anna volunteered to come along … : – )

we got up early in the morning and within minutes we left the boat, went for the next supermarket for baguette supply just to walk minutes later up a big path to the impressive „Skyline Bora Bora’s“.

I did establish a 2 second long eye contact with a nice young black Street Dog who followed us instantly as well – so we even had a „local“ guide with us.. After 3 wrong turns and an hour later we found the right path and up we went.. and I mean UP !! Since it was raining trough the night and in the mornings, the path was wet and slippery, small and steep – exactly my thing

:- )) grinning face again — and sweaty.. we lost the path one more time, found it again and kept on going up. Danny unpacked his 30m rope, embraced the dog and went up the cliffs and rocks with the dog on his shoulders.. So crazy, it’s not enough to go only us – no – no we bring a dog along as well… but we managed fine – went up all the way – in 2-3 hours – until the trail no longer existed.

Satisfied and happy and swarmed by mosquitos we started to slip back down again, and hey!!! Did I mention that it was slippery ??? :- ) holding on to roots and tree trunks and stones we went down, by the time – dirty all over, sweaty and with shacking legs. The dog used every tiny stop to close his eyes and rest, obviously not used to walks like that, we named him Zorro and Danny wanted to adopt him immediately – Of Course.. Like every dog on every Island.. (thinking of Blancita from Islas de las Perlas in Panama- remember??) I think if Anna is not stopping him every time – we would have a whole wolf clan by now : – ) with Vera as pack leader, the queen on her thrown – – hahah what a funny thought…