80 miles north east of Tahiti you will find the first island of a group called the Leeward Islands. We have been to three of them so far; Huahine, Raiatea  & Bora Bora. They have all been very pretty and scenic with their green hills and protective reefs that surrounds them. 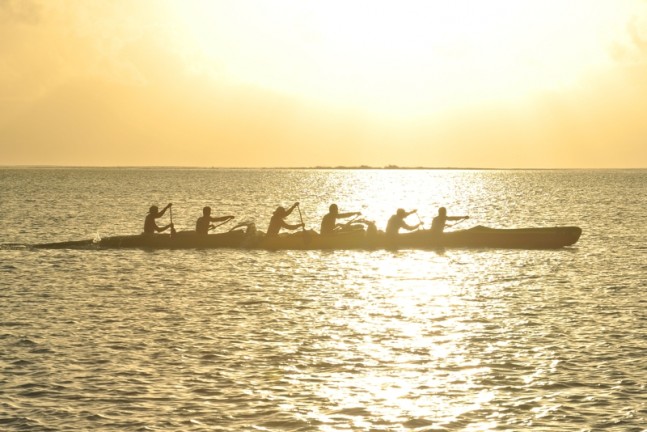 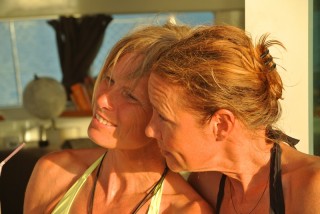 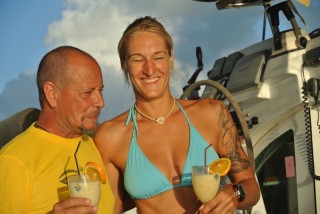 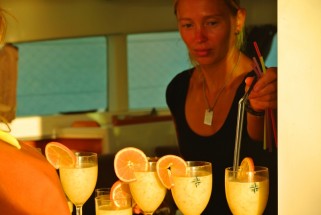 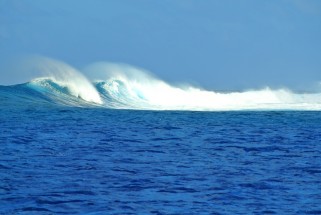 Waves right next to the pass in rate 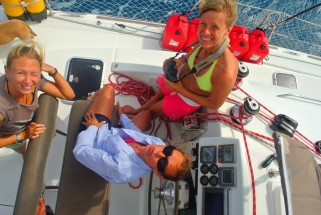 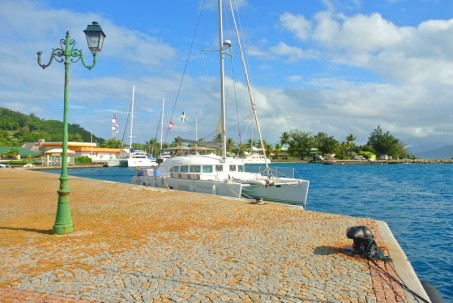 Bay Dreamer next to the “city wall” 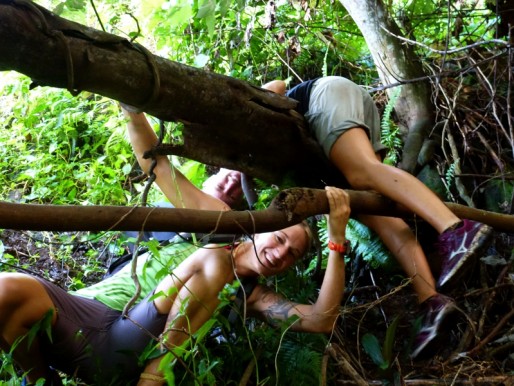 Katrin & Anna during our little expedition 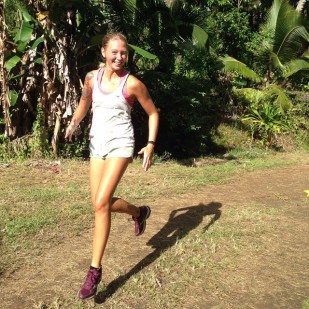 Bora Bora from the “expedition” 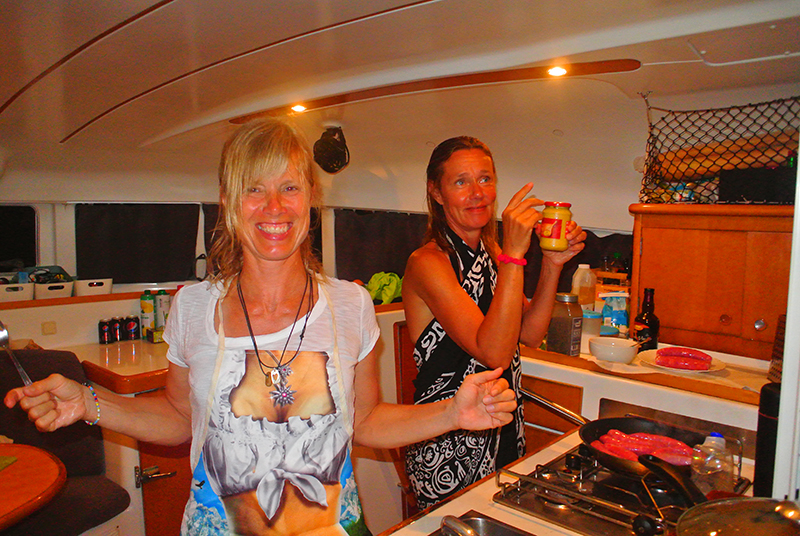 Huahine is the first Island you reach if you sail to the Leeward Islands from Tahiti, the pass trough the reef was very easy and un-dramatic. We decided to enter the lagoon from the north-west side and our very first stop on island was outside the main village called Fare.  We spend the night on a mooring boy and continued south inside the reef to a small beach that is only accessible by boat. A local man called Phillip is taking care of the small but very nice beach.  Stephan that speaks French became so friendly with the guy so that we got our self a big stock of bananas.

A bit further south we reached the very end of Huahine and a beautiful lagoon called Avea. Here you will find sandy beaches and a couple of small restaurants. We stayed there for 2 nights and I truly recommend you to go to this place if you decide to visit Huahine in the future. You will find good holding ion sandy bottom and the place is very protected from the sea.

After 3 days on Huahine we motored 25 miles in a westward direction until we reached one of many passes that will take inside a lagoon that protects both the island Raiatea and Tahaa. Raitea that is the bigger of the two islands offers a small “city-wall” on it´s northern point and the main village  Uturoa.  You are allowed to stop over here free of charge and it is very convenient if you need to stock up your supplies on the local supermarket that you will find only 100 meters from the “wall”. We got ourself got some strong winds during our stay there so we decided to leave before it got to rough, there is nothing worse than to be tied up tied wall in strong winds.

We had a great 25 knots of wind pushing us up to the western side of the island Tahaa. Bay Dreamer with crew  stayed 2 nights in a spot called Tautau. The anchorage offered great holding and are placed right outside a very exclusive hotel resort and a couple of small sandy islands.

Katrin and me decided that the reef inside the Lagoon was not enough for us so we took advantage of the small waves and crawled over the reef into the “big blue” instead. It was nice to get some time in clear “open sea water” again.

Before we left Tahaa we spend a night in a very protected bay called Tapuamu. this is a great stop if the wind picks up make your anchorage “bumpy” out on the Motus. I had my first encounter ever with a Manta-ray inside this lagoon, it was amazing to see this massive creature passing right above my head!!

We arrived to this well known place 2 days ago after brilliant sail from the Island Raiatea. We had perfect winds all the way and we sailed the 25 miles in no time. It was a while ago we had the luxury of having proper winds and it was nice to see the GPS show speeds up to 8 knots again!

We are at this very moment on a mooring just below the famous Bora Bora mountain and the view from our “backside” is very beautiful. I was surprised that the mooring that belongs to the Maikai Yacht club only cost us 12 dollars per day, I was expecting more 120 dollars considering the “dollar”  tourists that normally goes here! The whole island is crawling with “upper-class” resorts and you could probably easy spend 123.000 USD a day if you had a burning AMEX-card in your back pocket.

A good thing about these places is that the crew can do their own things during the days, Pia and Lena was out bicycling around the island this morning meanwhile me, Katrin and Anna went up the mountain for a small expedition, Stephan and Angelica went to the beach and I think everyone is enjoining the beautiful surroundings in their own way!

Our small mountain expedition was a story by it self! All the locals told us we would die if we tried to get up on the top. We did our best and we managed to get almost up to the top- we even brought a local street dog with us!