It was around seven clock this morning meanwhile me and my brother Patrik was having a chorizo omelette our brand new fishing rod went complete bananas. I almost panicked when we lost 100 meters of line in less than 10 seconds. 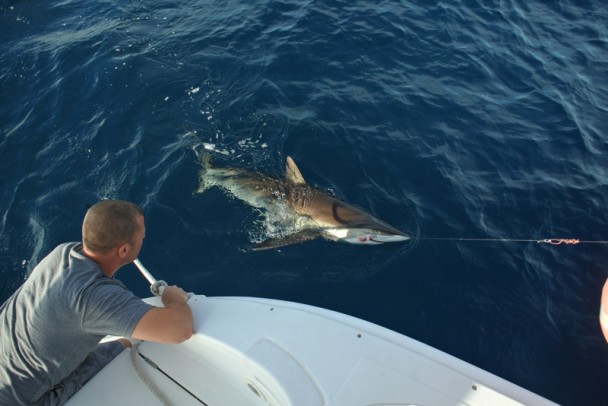 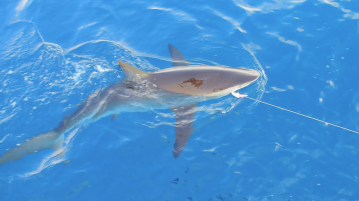 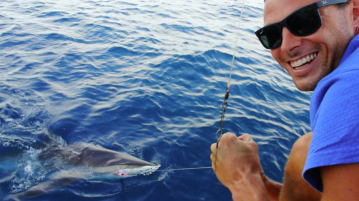 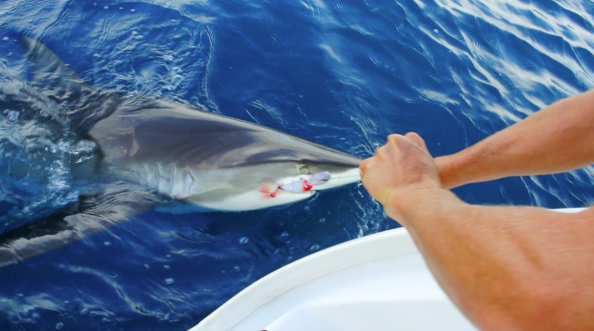 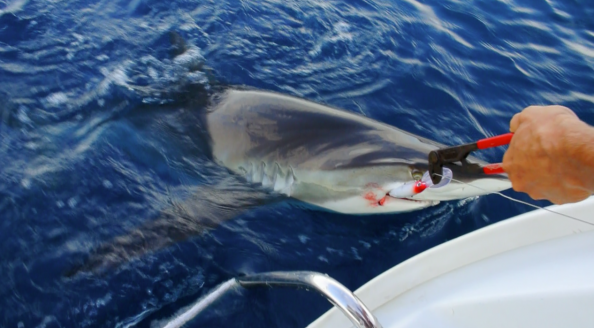 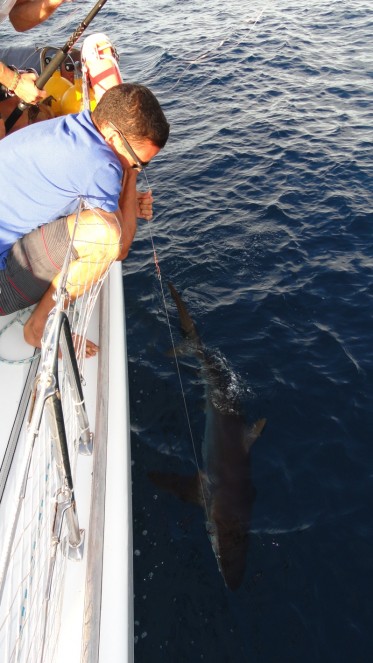 Patrik had to wake Davide up (very harsh) so he could manoeuvre the boat meanwhile we started to bring in the catch of the day. I shit you not- it took us almost an hour to bring the fish close enough to see what it was – A SHARK- a big ass SHARK!

PROBLEM, a very big fish is more of a problem than a small fish and a fairly big shark is just ALOT of PROBLEM. First of all; we don´t eat sharks (Katrin don´t alowe it), second; we can’t store so much meat in the fridge, third of all; I think it is bad karma to kill a shark.

Solution; we had to set it free but before we did that we had to remove the hooks from is mouth- poor guy swimming around with a big Rapala (type if fishing lure) in his mouth for the rest of his life. We managed to come up with a great great game plan;  put a lasso around his back tail- then winch him up to the boat and try to remove the lure from his mouth with a pair of players. Haha when I read this I realise how stupid this plan was but it felt very really smart at the time.

Well, as three happy idiots we tried out our master plan for 30 minutes before the shark got fed up with our shitty efforts to free him and he ripped the line against the boat. You guys should have seen Patrik and Davide hanging out from the back like two retarded persons from the boat with a stupid rope and a pair of plyers trying to free/catch the big shark.

If I was at home in my TV-sofa and watched this MESS on the Discovery channel I would have laughed and called these three losers a lot of bad names – my god?!?!

To our defence- WE TRIED TO DO THE RIGHT THING- even if it ended up in a proper fiasko!

Well- another great day at the office!

PS. the next time the guy in the fishing store tells me I don´t need a heavy duty fishing line- I will tell him the story about the three idiots abroad and the great “something” shark.