Its not often our little four legged friend impresses me but this time she did! I don’t know how she did it! I didn’t even think it was possible but she did do it! Yesterday when we were out for a walk on one of the deserted island on the southern part of Rangiroa,  Vera managed to catch, kill and eat a very small  black tip shark! 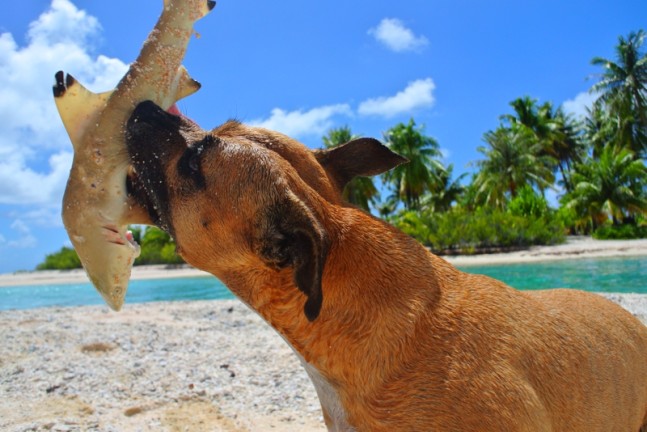 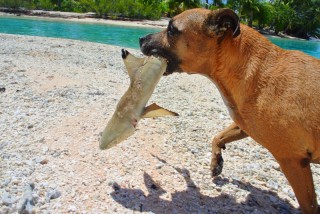 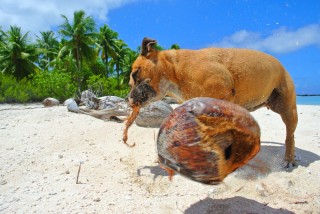 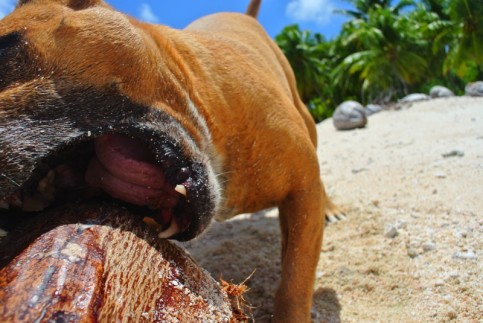 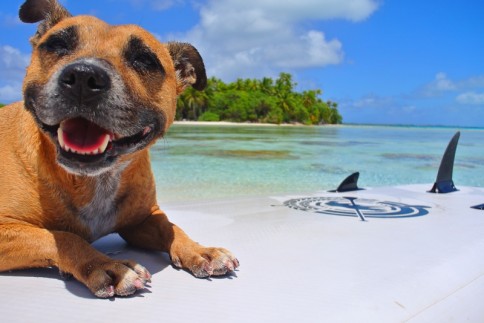 I am well aware that I might get reported to both Green peace and the international shark federation for this little incident, but every one that do knows me also knows that I totally respects sharks and would never do any thing to harm them. Even so – I am soooo impressed by our fat little dogs hunting skills!

Vera! You are not only the fatest dog on the souther hemisphere- you are also probably the only dog that is able to catch a shark on this planet!