Welcome to the jungle

Waving goodbye to Bali, we had a days sail back over to Lombok to explore the Gili Islands- Gili Air, Gili Meno and Gili Trawangan. It was like taking a step back in time. These tranquil little islands have no motor power- so all transport is via horse drawn carts along rickety dirt roads, making it a lot more quiet without the buzzing and beeping of a thousand mopeds like in Bali. However this noise was replaced with the incessant “oh wow!” exclaimed by Olivia every time a horse cart trotted by, and there were plenty of them. 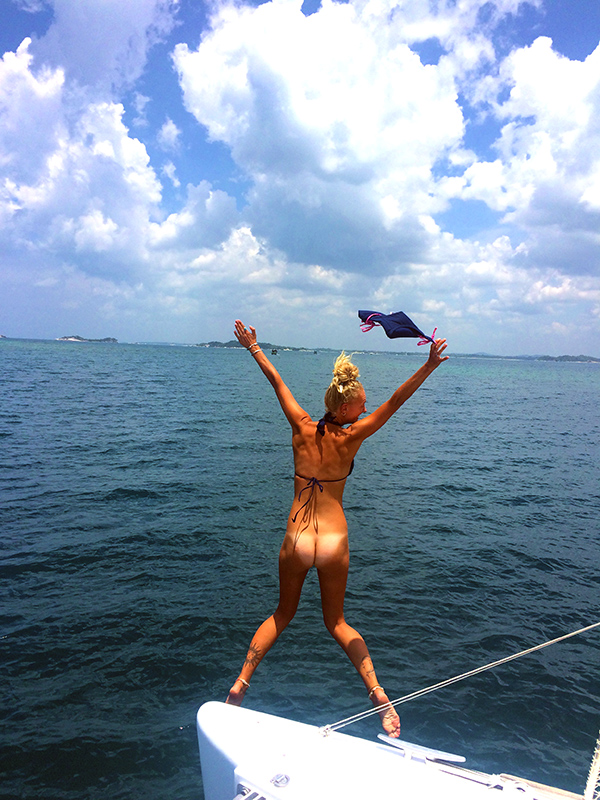 Suns out buns out for Amanda the free spirit 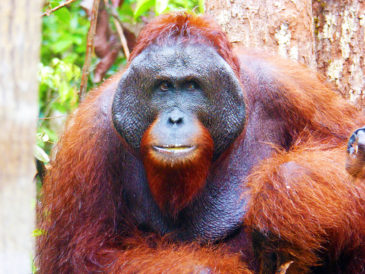 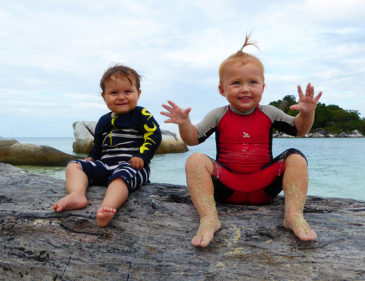 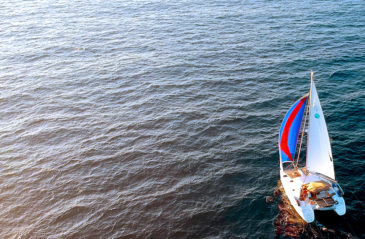 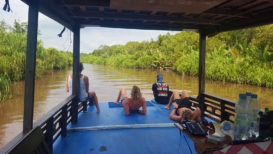 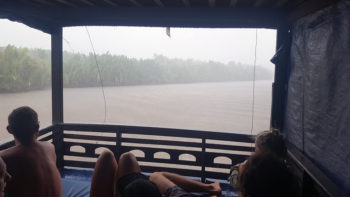 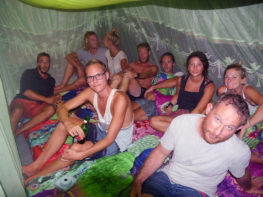 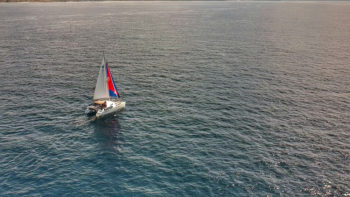 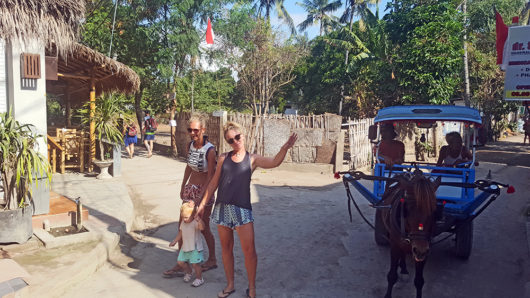 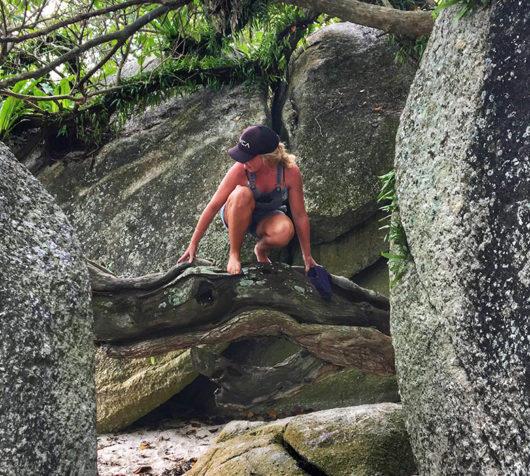 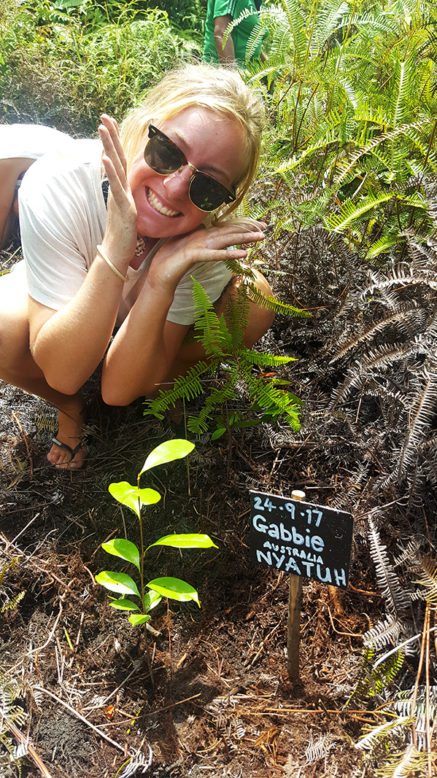 Planting trees in Borneo with Gabbie 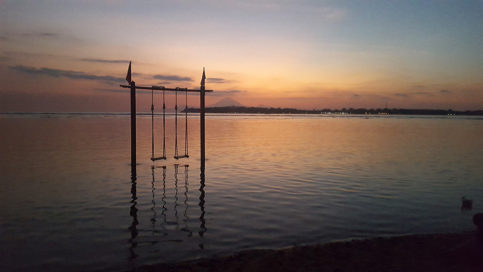 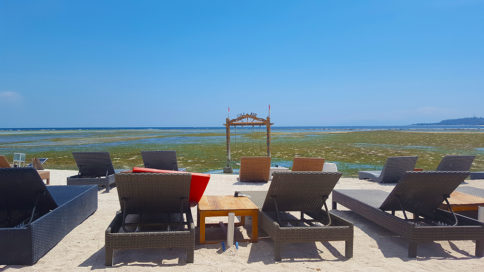 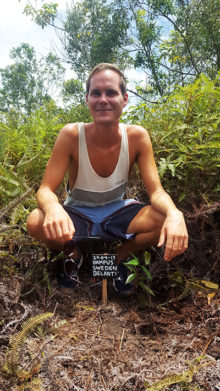 Planting trees in Borneo with Hampus 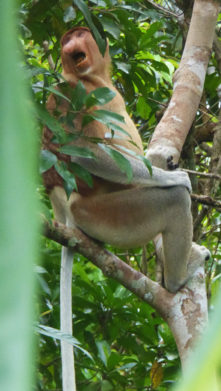 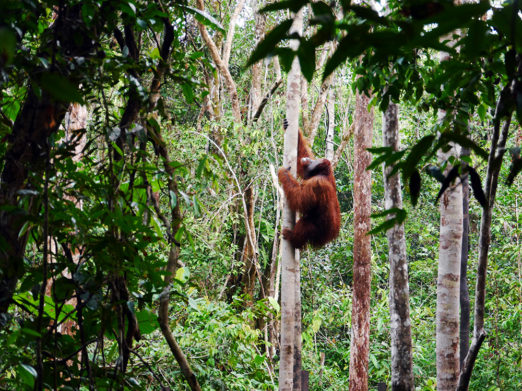 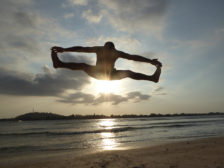 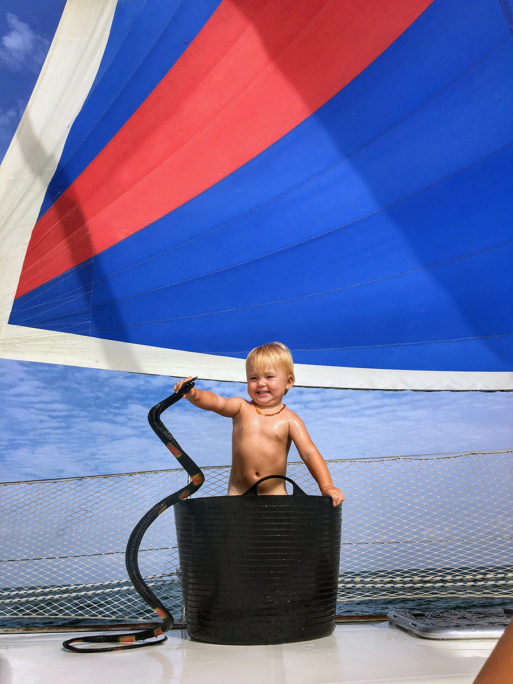 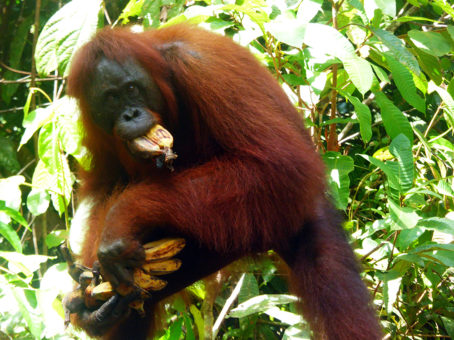 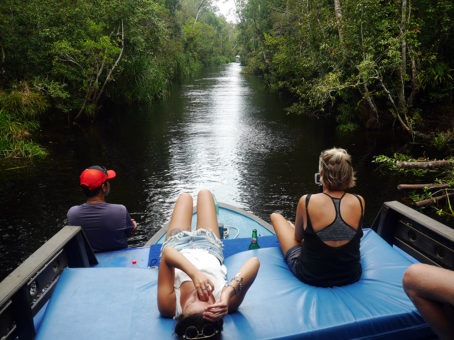 Lazy days on the river 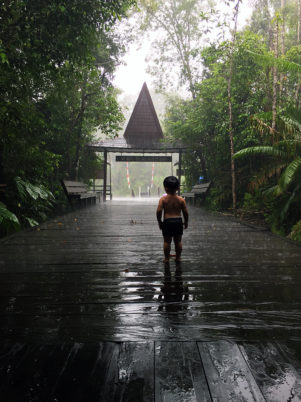 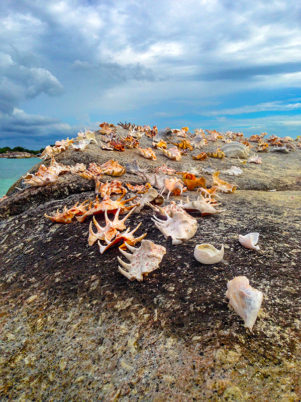 She sells sea shells by the sea shore 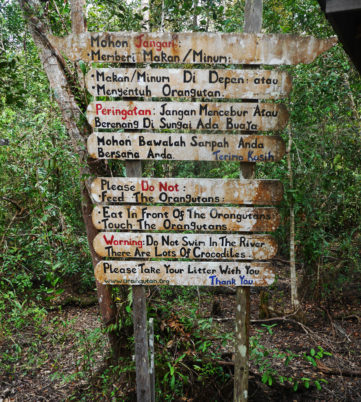 Welcoming signs to the jungle 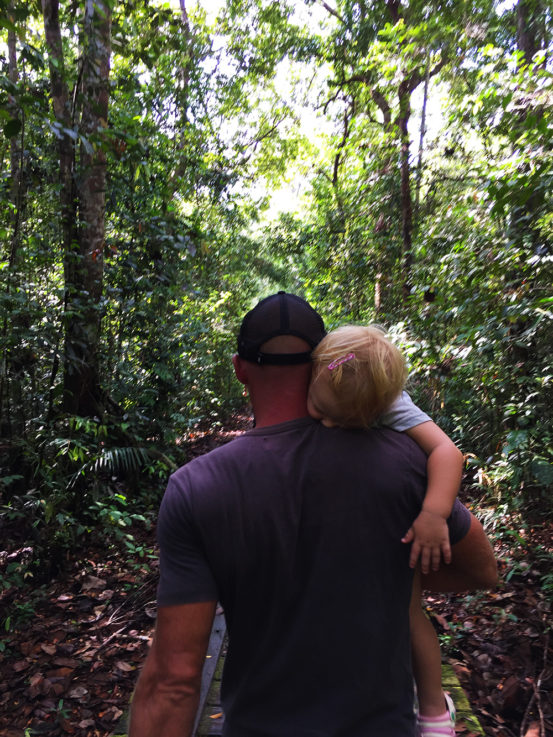 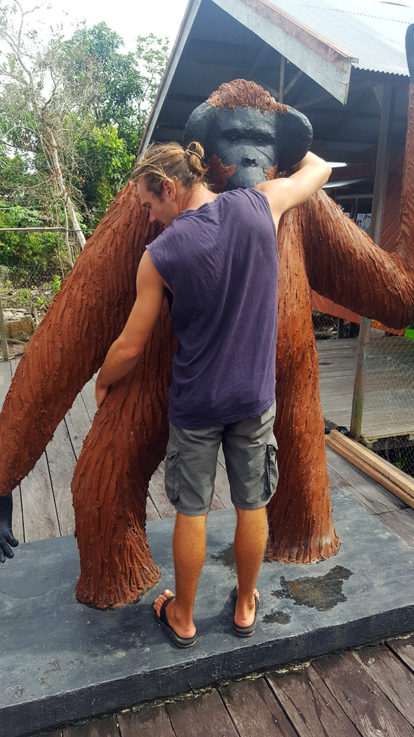 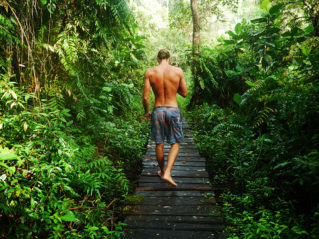 Jungle board walk on the way to tree planting 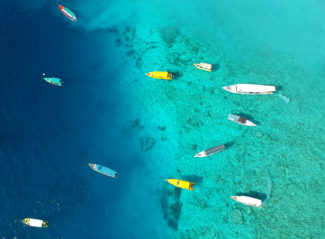 Gili Air from above 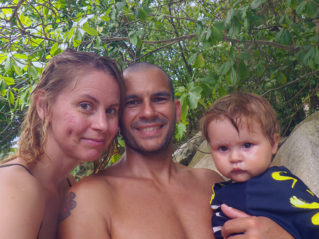 Our last night was spent in Gili Trawangan– the party island. Anna, Amanda and Gabbie dug out some dried up mascara, applying it to their salty lashes and Hampus and Will put on their cleanest shirts ready to meet up with the rest of Atlas. We bar hopped along the main strip until the wee hours of the morning, with our favourite spot being the reggae bar with a vibrant live band. Our weary legs and horsey voices the following day told the story of how we may have sung and danced to ‘Wonderwall’ way too enthusiastically that previous night.

All partied out… for now… we sailed north for 4 days towards Borneo.

Upon our arrival in Kumai in southern Borneo, we quickly organised a river tour to take Amanda, Hampus, Gabbie and Will as well as the Atlas crew on a river cruise through the jungle. For Anna, Danny, Victor and Helena and their baby monkeys, it was to be a resort located within the jungle along the river.

Aboard the large wooden boat called a Klotok, we spent the next three days cruising up the river of the Tanjung Puting National Park. By day, we were spotting crocodiles, the curious facial features of the proboscis monkeys and other jungle creatures living along the shoreline. By night, we were treated to candle light dinners further illuminated by sparkling fireflies then falling asleep to the noises of the jungle night. It was a giant slumber party on the boat’s deck, with the 10 of us laid out in a row on mosquito net covered mattresses.

On the first afternoon we began our first of three hikes, this trip into the green, ancient jungle. The air was thick, moist and still. Its damp, woody incense was from the centuries of of the broken branches and fallen ferns that were now rotting silently on the jungle floor. The further we went, the more magical it became. The growth was lush, forming a mystical glowing green arch overhead. The light crept through the canopy, it was almost holy, as the light shimmered through the leaves onto our path.

Rustling noises came from deep in the interior. Our eyes followed the swaying branches to reveal their source. Orangutan’s, and plenty of them. From 120kg males with their puffed out cheeks, to small babies clinging to their mothers fur, we all watched in a trance like fascination as they effortlessly glided through the trees and down to the banana’s laid out for them by the park rangers.
Borneo is the last place on Earth you can see wild orangutan’s, and there was plenty of them and their cheekiness to observe-

Orangutan poo and attempted piracy aside, I think all the crew could agree this amazing experience was definitely a highlight for the trip so far.

Time for our final leg

It is now our final day of our final stop before Singapore. We are anchored on the north of the island of Belitung at some of the smaller islands just off the coast. Its a pure tropical paradise, with powdery white beaches, giant mars like boulders and lush jungle inland. Going back to the Bay Dreamer basics ; paddle boarding, snorkelling, swimming and exploring, the perfect way to end the trip before our final leg to Singapore.