We are just under the half way point of our trip to Thailand and are preparing to check out of wonderful Malaysia. The past almost three weeks since the crew arrived has been been full of laughs, monkeys and mostly upwind or no wind sailing.

We circled back around the island of Singapore and headed up the west side of the Malaysian coast towards Malacca. This was possibly some of the busiest sailing seas Bay Dreamer has ever seen and we weaved our way between 300m cargo ships and dodged invisible fishing boats through the Singapore Strait and the Malacca Strait. The sky (and stealthy fishing boats) were lit up during the night by the frequent lighting storms through the Strait as we tacked our way upwind. 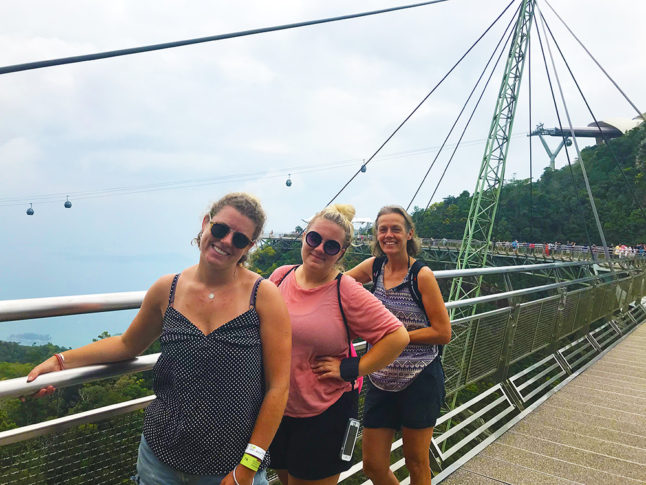 Olive, Josefine and Ulla at the sk bridge 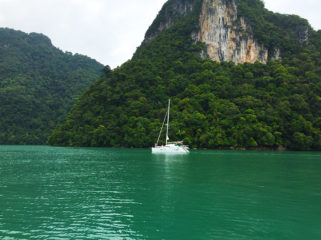 Bay Dreamer and the fjord 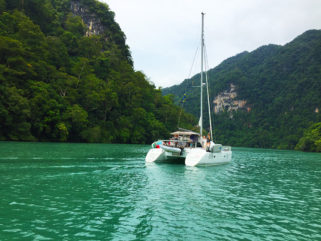 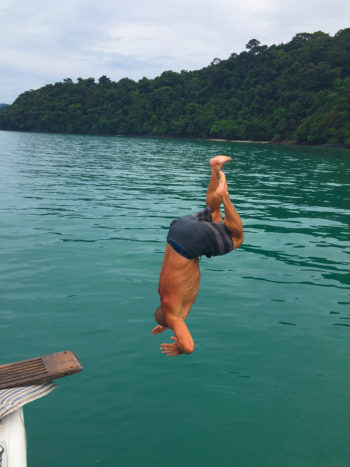 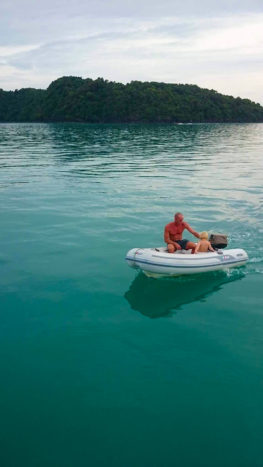 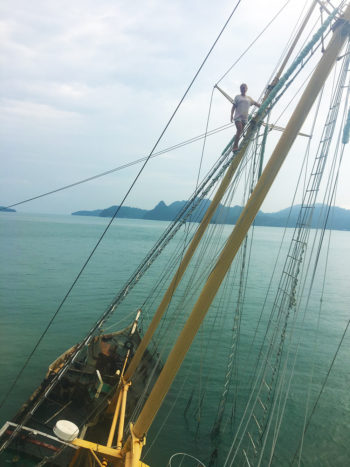 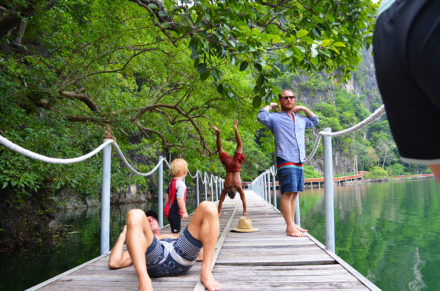 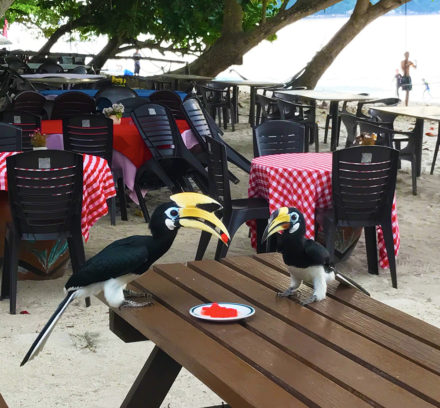 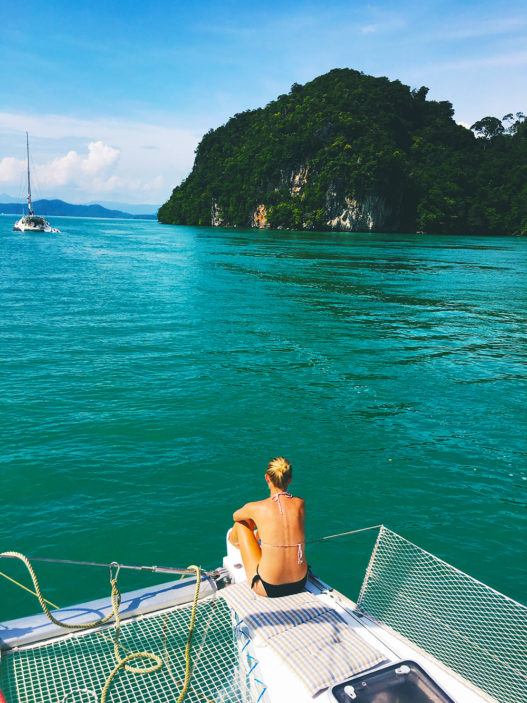 Monika on the bow 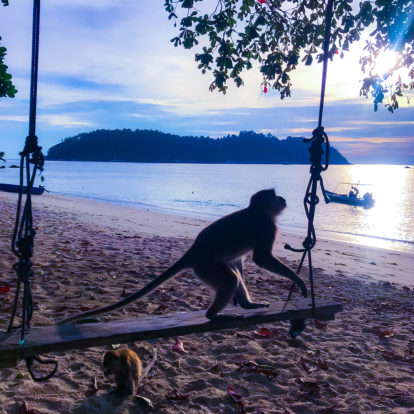 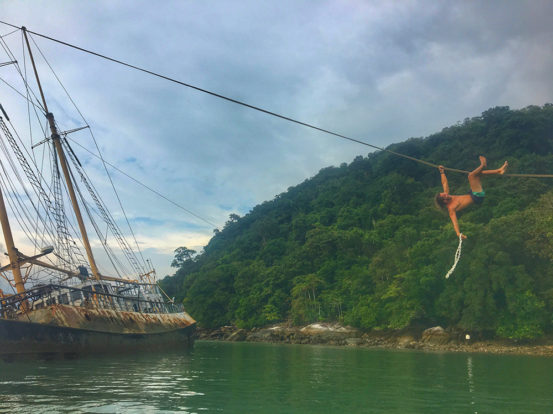 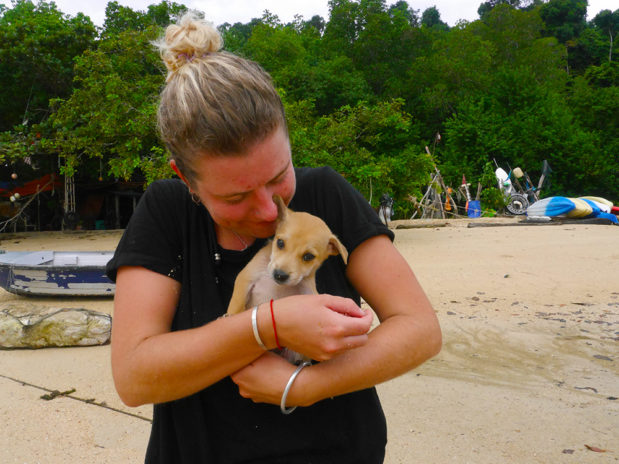 Olive and her new pet 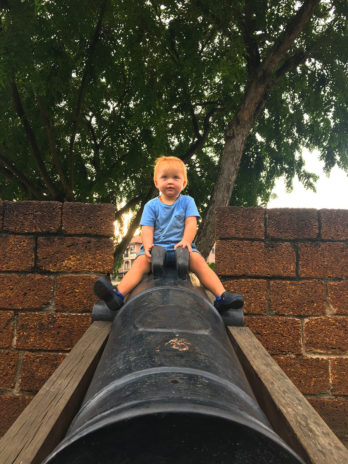 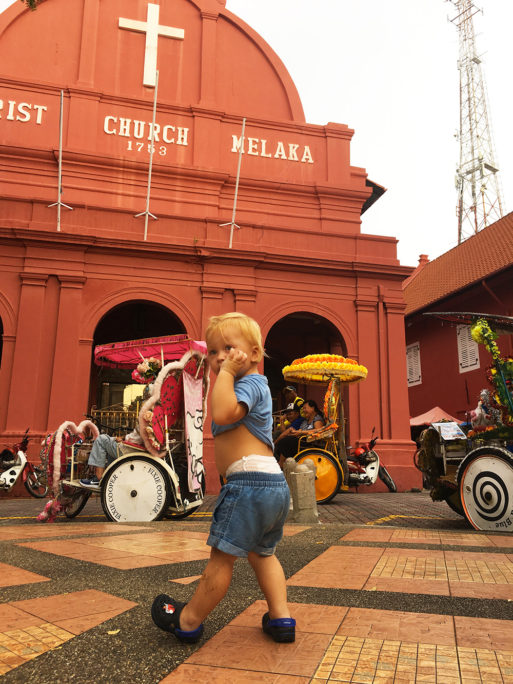 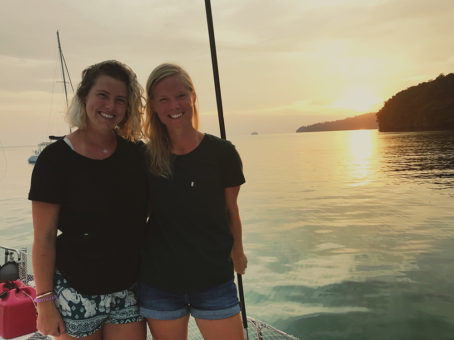 Olive and Monika in the sunset on the Monkey Beach, Penang 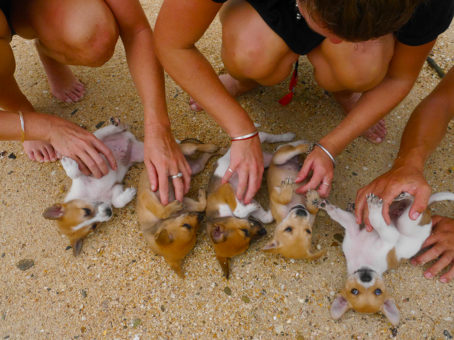 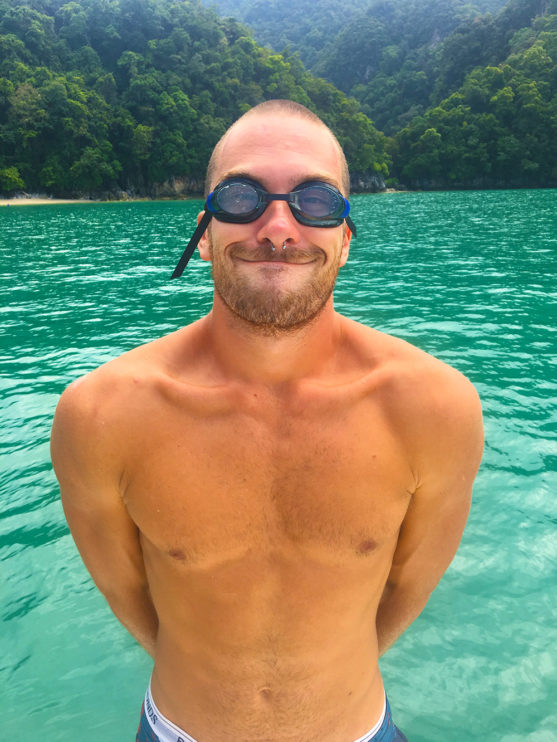 Will preparing for an afternoon of backflips 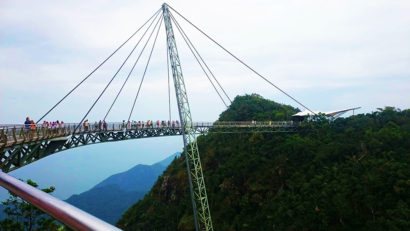 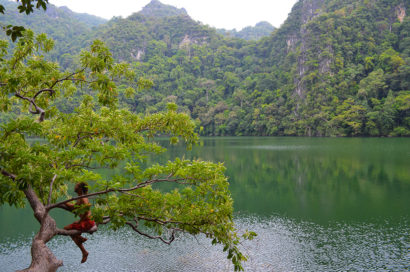 Thomas at the fresh water lake 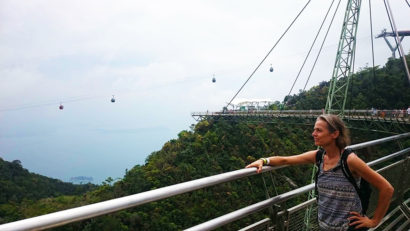 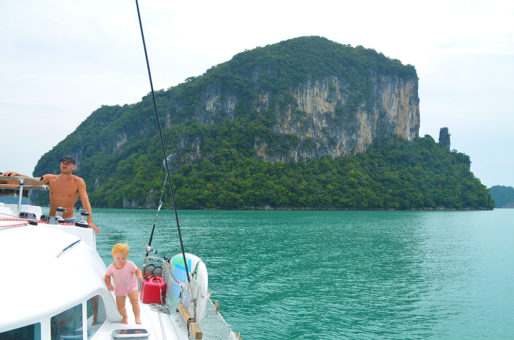 Will and Olivia take charge 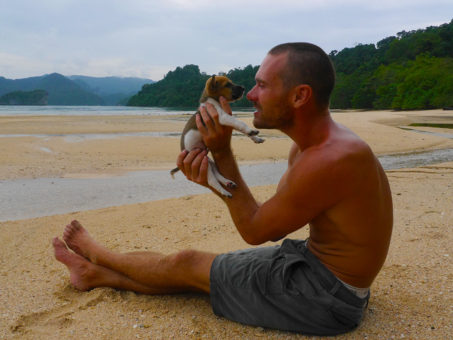 Onward to Malacca
We spent two days exploring Malacca. With its European vibe, we enjoyed strolling along the river with Dutch and French forts lining either side during the day and the street market on Jonker Street during the night.

Next stop was on the island of Palau Pangkor about halfway between Malacca and Penang. Pangkor was the first taste of a tropical haven for the new crew. White sand, cheeky monkeys, exotic hornbill birds and small restaurant’s lined the beach front only a 100m from where we were anchored.
So far, the water clarity has not been great, so usual activities such as snorkelling or spear fishing have not been ideal (although we can’t really complain given the water has been a balmy 31 degrees).

The lack of visibility has not been a concern for the Bay Dreamer crew, who have now moved their water based activities above sea level. Ulla has mastered paddle boarding and the other members of the crew have perfected the art of every possible backflip combination from the new home made diving board off the bow. The water clarity is apparently not great for the fish living in this bay also, who don’t even know where the water surface finishes. One night, on our way back to the boat after some evening drinks we were slapped in our faces by about 1000 suicidal sardines jumping frantically out of the water and into the dinghy. With a crew full of girls, it is sad to say that the loudest and highest screams came from Danny.
Beautiful Langkawi

A quick stop in Penang and the crew were off to our final stop for Malaysia, Langkawi. Our week in Langkawi has easily been the highlight with its beautiful scenery and endless possibilities of activities.

While Monica, Josefine, Olive, Ulla, Danny and Olivia conquered soaring “sky bridges”, Will, Gabbie and Ben and Thomas from Atlas explored spooky ship wrecks (which we of course backflipped off) during our stop on the main island of Langkawi. The cruising between islands here has been breathtakingly beautiful as we squeezed Bay Dreamer through high fjord’s and towering cliffs that separated powdery sand beaches and hid glassy fresh water lakes. Bush bashing our way to the base of cliff faces that we rock climbed for some spectacular views in the morning, then slack lining and hand standing our way along the beaches in the afternoon, we were greeted by 6 tiny island puppies on one of the islands. This time, Will’s squeals of excitement were the loudest.

With just under four weeks left of the trip, every one is very excited to begin the next phase of the trip into Thailand. With so much to see and do along the west coast, I’m sure that any destination we pick will not be less than amazing.